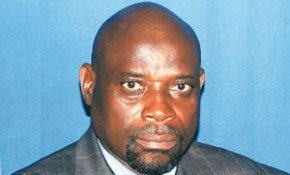 The Deputy Director General of the notorious Central Intelligence Organisation (CIO) Menard Livingstone Muzariri has died at the age of 56. Muzariri died at St Annes Hospital in Harare early Sunday morning from a liver ailment.

Generally he remained out of the public eye and shunned the publicity but he was well known in the security services for his brutality. He committed some of the most serious atrocities during the Gukurahundi Massacres a former CIO operative now based in London told SW Radio Africa on Monday.

Muzariri was one of the officers who led public executions, often forcing victims to dig their own graves in front of family and villagers. His CIO operatives, with the help of the 5th Brigade, would routinely round up villagers and march them at gun point to a central place.

There they would be forced to sing Shona songs praising ZANU PF, at the same time being beaten with sticks. These gatherings usually ended with public executions,’ another source told us. Lately Muzariri was into farming and was a neighbour to Reward Marufu, brother to Grace Mugabe who died last year.

Several Government officials, including Vice President Mujuru paid their condolences to the Muzariri family yesterday. VP Mujuru said the liberation war bound them together, creating a relationship that was stronger than “blood relationships”.

Muzariri is survived by his wife Esther Chiremba and five children. Mourners are gathered at Number 27 Ross Road, Borrowdale, in Harare. Burial arrangements would be announced in due course. SW Radio Africa/ The Herald

Tafi Mhaka: ‘It’s time to dump the Unity Accord, deal with…