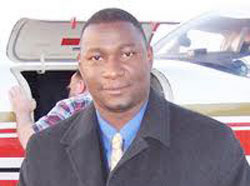 HARARE –  Empowerment lobby group, the Affirmative Action Group is embroiled in a bruising affirmative action wrangle amid reports the  male leadership is resisting the incorporation of women into the top echelons of the lobby group, linked to President Mugabe’s Zanu PF  party.

The affirmative action reform, being spearheaded by Zimbabwean millionaire tycoon Phillip Chiyangwa, the founding AAG president, has hit a brick wall. Chiyangwa is trying to impose sacked ZIFA CEO  Henrietta Rushwaya and Jennifer Mhlanga to be co-deputy presidents of the AAG, saying the empowerment group must strike a gender balance.

But the Supa Mandiwanzira-led executive has mocked Chiyangwa’s  imposition, saying the women will have to join the group’s membership  and rise through the ranks like everyone else and be subjected to an  election. But Chiyangwa says that is the decision of the founding council, and  the current leadership cannot shoot down the decision to incorporate  women.

‘Be patient’- Mliswa urges Bvute after he is…

Initially, an overzealous Rushwaya took out a newspaper advert claiming she was the new AAG deputy president. But the AAG national executive, comprising Mandiwanzira, his deputy Temba Mliswa and Farai Mutamangira and Sam Ncube has distanced itself from Rushwaya  particularly, who has been sacked from the football mother body on allegations of corruption.

Said Chiyangwa: “I am the founding president and I am the sole appointing authority. Ms Rushwaya and Ms Mhlanga are the new vice  presidents. I am the only one who makes presidential appointments and  any dissenting voice, you are out of AAG. That is what the  constitution says,” said Chiyangwa in a threatening tone.

“AAG is male dominated and there was not even a single woman in the leadership.” The AAG however shot back that there was more at stake than just positions and it was not prepared to be derailed on this “important  mission” by anyone.

“AAG is on a nationwide programme to strengthen its membership base,”  the national executive said. “If Ms Rushwaya wants to come in, she can  join AAG as everyone else and make her way up from there.

“We are greatly concerned that at a time when we are engaged in such a  programme of national importance that one person should want to cause  confusion by claiming to have been appointed into the organisation at  such a high level when the whole thing is a mere make believe story,”  the AAG said.

Despite women’s sweeping advances in Zimbabwe in the past 30-plus  years, marked gender bias remains in some organizational corners. But  a common thread links women’s stories then and now: Resistance to  progressive gender policies can be fierce, but persistence is  ultimately rewarded, women groups say.

“Decades after the AAG came into the business, there is not one woman  good enough to be a vice president? It is an outrage and I think  Chiyangwa’s call for affirmative action is the least we can do,” said  Mary Muchena, women empowerment lobby activist. The Zimbabwean