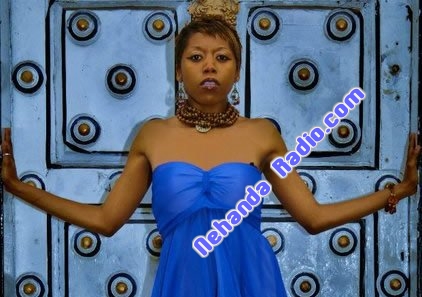 Contemporary gospel singing sensation Kyriah Dee has shown her generosity by donating 10 percent of her royalties from the song Turn Around, to the Girl Child Network set up by Betty Makoni.

The Zimbabwean singer based in Ireland told SW Radio Africa’s On the Pulse music show that her experiences as a ‘domestic violence survivor’ had motivated her to want to help the network. She said she had very good support in Ireland but was aware many women in Zimbabwe were not so lucky.

Her record company ABRA Records run by Econet Mobile brand ambassador Jusa Dementor has also forfeited its 20 percent commission for production and marketing costs of the song and video to help fund the Girl Child Network.

Bob Mugabe and the phantom of a national hero

‘Betty Makoni is the only one who has a movement strong enough to help women in Zimbabwe,’ Kyriah Dee told presenters Lance Guma and Vickie Nkomo. Kyriah Dee real name Samantha Boka, was born in Harare in 1987 and is the child of the late business mogul Roger Boka. Generosity it seems runs in the family.

She told On the Pulse that she was greatly influenced by a very musical family, namely Afro Jazz performer and actress Prudence Katomeni, and gospel producer Jean Passion. Although she had a love for music she only began singing at age 16 when she joined the Victory Christian Fellowship Choir in Dublin Ireland.

In August 2008 she decided to begin her music career, and hit the Studio with Yn Hitz, he produced the track Amazing Grace, which gained popularity amongst Zimbabwean online Radio stations. She met Jusa Dementor and through his A.B.R.A Records got connected to Shayne Ndingz and featured on his track Missing You, and also co-wrote “Love Peace and Unity” with Flavour P.

Bob Mugabe and the phantom of a national hero