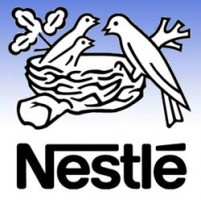 HARARE (Reuters) – Swiss food company Nestle has suspended operations in Zimbabwe, complaining of harassment after it pulled out of a deal to buy milk from a farm taken over by President Robert Mugabe’s family.

Nestle said it received an unannounced visit by government officials and police on December 19 and was forced to accept a milk delivery from non-contracted suppliers.

“Two Nestle Zimbabwe managers were questioned by the police and released without charges the same day,” the world’s largest food group said in a statement.

“Since under such circumstances normal operations and the safety of employees are no longer guaranteed, Nestle decided to temporarily shut down the facility.”

The decision will do nothing to help the unity government formed by Mugabe and Prime Minister Morgan Tsvangirai, his old rival, in efforts to persuade foreign investors it is safe to return and rebuild a state ruined by a decade of decline.

In October, Nestle stopped purchasing milk from Gushungo Dairy Estate after international criticism of the deal entered into in February. The farm had been seized under a controversial land reform program.

At the time, Nestle said its business with the farm accounted for 10-15 percent of its local milk supply and that it had a long-term commitment to Zimbabwe.

A source familiar with the situation said Nestle Zimbabwe officials, including expatriate managing director Heath Tilley, had been under pressure since the company’s decision to stop buying the farm’s milk.

The executives were not charged but it had been suggested there might be problems with Tilley’s work permit, the source said.

Mugabe’s seizure of white-owned commercial farms to resettle landless black Zimbabweans has been blamed by his critics for ruining the southern African country’s once prosperous economy. His opponents also say the main beneficiaries have been ruling party loyalists rather than the poor.

The veteran leader, in power since independence from Britain in 1980, denies accusations of ruining Zimbabwe, saying the economic crisis was caused by sanctions imposed by Western countries opposed to his land reforms.