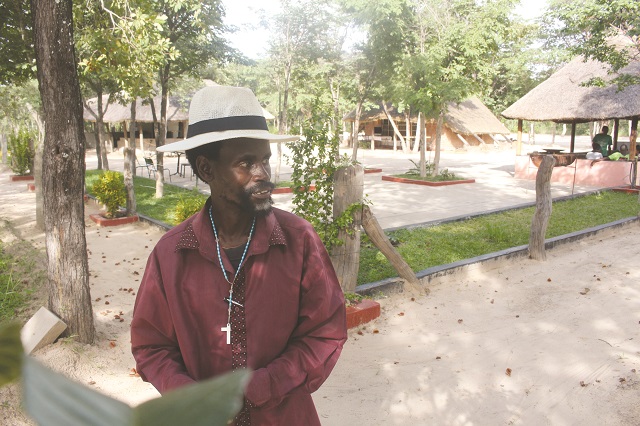 Over a year and a half since lockdown regulations shackled players on the entertainment scene, one of the country’s premier nurseries for artistic talent, Amakhosi Cultural Centre, is struggling to keep the lights on, with founder Cont Mhlanga saying it is getting chocked by high rates at a time it cannot host any events.

The Covid-19 pandemic has brought great changes to the world of entertainment, with only a few performers able to keep afloat financially during a period when shows, their lifeblood, have been put on pause.

However, while artistes have been able to score a few gigs here and there, the same cannot be said for venues that had been able to host large scale events before the pandemic took hold.

In an interview, Amakhosi founder and director Cont Mhlanga told Sunday Life that the famed centre was being brought to its knees by high rates at a time when business in arts and entertainment had come to a standstill.

“Things have been at a standstill at the cultural centre as well. The coming of Covid-19 has made us lay away all our plans for the last two years. It is difficult to plan while anticipating lockdowns. You can’t really invest or do anything really.

Mhlanga said that Amakhosi and other cultural spaces had hoped for a reprieve in the form of financial aid but none had been forthcoming so far, with city fathers demanding their dues as if it was business as usual.

“One worrying trend is that, despite the Covid-19 challenges especially for venue spaces, we have not seen any positive move from government to financially alleviate the performance spaces. We are not hosting any form of events so we are not generating any income and yet we have to pay rates so it’s been quite difficult.

It’s even difficult to even talk about spaces right now because of the simple challenge whereby you have lockdowns and because of that no activities but you still have to pay high rates. Council will of course send lawyers after you and they don’t mind because that’s their job. So, plans are stalled and we have no support. So, this means we are on our own and we have to find a way to survive with our spaces and as of now we haven’t found out how to do that yet,” he said.

Mhlanga said, as entertainment joints opened up after the relaxation of some of the Covid-19 regulations, it was difficult for Amakhosi to ask for leniency in terms of the payment of rates as it would mean that the city fathers would have to extend the same courtesy to all other venues. Despite this, Mhlanga said he would still engage the BCC to find a solution to Amakhosi’s woes.

Last year, council allowed the city’s football teams to play their first five home league matches at Barbourfields Stadium for free when the season started, with the BCC putting a waiver on hire fees as a means of supporting Bulawayo teams at a time they were still reeling from the financial impact of Covid-19.

“The rates are quite difficult for us. You have to understand that places like Barbourfields stadium for example, are entirely city council run and owned. So, it’s easy for council to make those decisions for the soccer teams. However, spaces like Amakhosi are private spaces.

So, it’s difficult for the city to move in and do something for a private space because they may as well do it for all private spaces. With that being said, I’m back this month and that is something that I would like to engage the city fathers on. They have not been very difficult with Amakhosi at any given time in our existence. So, what’s important is to have a proper solid proposal and send it to them through the right channels. I’m always positive they will respond positively.

“Amakhosi’s troubles are significant due to the fact that it is meant to play an integral role in the establishment of Ke Yona TV, the city’s first commercial television station. Mhlanga said plans for the rollout of the station had also been affected by the pandemic.

“Not a lot has been happening, because when things closed down in May last year, I also retreated to the rural areas and there hasn’t been much happening, since then things have been quiet. By the end of the month of October I could be able to speak authoritatively about what exactly is happening in that regard.

As you have noticed over the last few months, we haven’t even had any updates even on what is happening because I had downed everything as far back as May,” he said. The Sunday News

‘I had concluded that he was nothing more than a tribalist’ –…