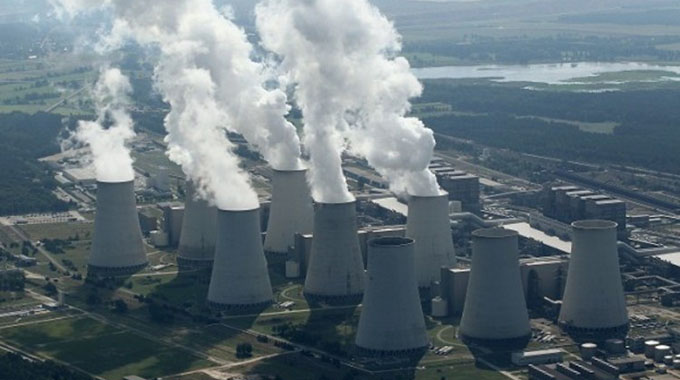 A new modest 50MW private thermal power plant has been completed in Hwange and is expected to start feeding the power into the national grid before year-end.

Also under construction in the same district is a solar power plant that is ready to go online, pushing 5MW into the grid, within a fortnight. The construction of the small power station by Zimbabwe Zhongxin Electrical Energy (ZZEE), situated about 10km west of Hwange town is now 100 percent complete with work on the substation 99 percent complete. The company is now waiting for the arrival of isolator equipment, which is set to be dispatched from China in the next few weeks.

Some equipment for the required 800kV high voltage line is now in Johannesburg on the way to Hwange. Within two months the little station will be feeding 25MW into the grid and by October the full 50MW will be available.

About 80km south east of Hwange town is the Solgas Solar Plant, whose first phase will see 5MW being fed into the national grid soon, with 10MW more expected in the second stage where work starts soon.

US$103,3 million corruption scandal at PetroTrade as…

ZZEE plans to roll-out two larger 135MW plants in the second phase starting early next year while the third phase, which is expected to be completed in 2025, will result in construction of two plants, each with a capacity of 300MW and fed into the national grid as the company works in partnership with Zesa.

The 50MW first phase is still the largest private station in Zimbabwe and the final 920MW station will be a major source of energy for Zimbabwe.

Solgas plans to establish solar power plants in each province. Solar power can easily be handled by Zesa despite the variable output of stations and the times when power is available since with Lake Kariba and the Kariba South station Zesa has what amounts to a huge storage battery. When solar power is online Zesa can cut back at Kariba South, conserving its water ration, which can then be available to run the station longer at closer to full output at peak demand times.

Minister Zhemu said communities around the projects will benefit through employment, electricity access and more business.

While the ZZEE project will be the first privately owned thermal plant in the country, the Solgas initiative will be the first to be wholly locally funded as it is a partnership with Old Mutual, which came in as a funding partner.

“In terms of the mechanical plant, we are 100 percent done and what is outstanding is the substation and isolator which is at 99 percent,” said ZZEE general manager Mr Shiwei Wang, through an interpreter Mr Bob Wang.

Designs for the next plant to be located just behind the first plant under the second phase have been approved in China and construction is expected to start early next year.

The plant will produce 270MW and will have a separate power line. The third phase will begin thereafter and will feed 600MW into the grid by 2025.

ZZEE is using modern thermal power technology, with the whole project occupying a relatively small piece of land compared to the giant Zesa station at Hwange. The cooling tower is a small structure, which can be literally dwarfed by the one at Hwange Power Station and Mr Wang said it consists of installed rubber fans that are forcibly blown by water at a faster rate hence they produce a cooling system technology which ZETDC is studying with the hope of adopting in future.

There is a computerised control room from where the plant will be monitored. About 50 Zimbabweans and 90 Chinese artisans are employed at the plant. At Solgas, the company’s chief executive Mr Kingstone Kamba said they were committed to helping Government realise its goal to provide efficient and reliable energy.

Solgas was established in 2015 and comprises Mr Kamba, Mr Petros Kazungu who is the chief operating officer and Mr Tafadzwa Mundicha, the chief finance officer.

The company partnered Old Mutual for the project.

“We are grateful to Government for empowering young people and we are committed as IPPs. We tried to get investors outside the country but we were not happy with the conditions hence we looked locally with the help of Finance and Economic Development Minister (Professor Mthuli Ncube) and we got Old Mutual who are coming in as a funder and partner,” he said.

Hundreds of solar panels have already been mounted on a 9ha piece of land waiting for commissioning, while applications have been made for the next phase of 10MW.

Mr Kamba said they want to establish similar plants in all provinces.

“We are happy about developments happening here and we are very much expectant of commissioning. This will be the first thermal plant as the existing ones are owned by Government.

At Solgas, Minister Zhemu said they have demonstrated they didn’t get a licence for speculative purposes, but to help end power shortages.

“Getting funding locally is testimony of favourable policies we have and this is going to open way for more projects and speaks volumes of what can be done by local people to bring a solution to our problems.” The Herald

Minister admits ‘no funding for electricity imports’ as blackouts loom

US$103,3 million corruption scandal at PetroTrade as Chinyoka sues Minister