Fourteen families, among them, doctors, a physiotherapist, nurses and an administrator lost property worth thousands of dollars after a fire destroyed staff quarters at Kwekwe General Hospital yesterday morning.

“I can confirm that a fire broke out, razed one of the staff residences and destroyed property. The staff members including doctors lost almost everything as they did not get time to remove their property,” said Dr Mapanda.

She said no one was injured in the inferno. 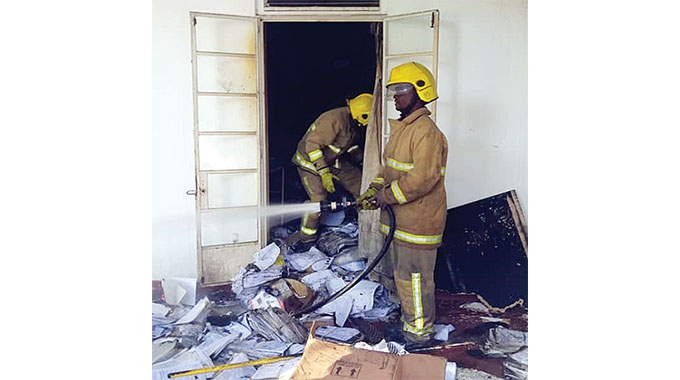 The quarters were meant for junior doctors but due to the shortage of accommodation at the institution, had been converted into makeshift doctors’ residence.

Kwekwe chief fire officer, Mr Admire Masarakufa said they received the fire alert at around 3am.

“We received the alert around 3am and we swiftly responded. We also got assistance from the Gweru and Zimasco fire teams and we managed to put out the fire successfully,” he said.

He said when they arrived, it was too late to remove property as it was already reduced to ashes.

When the Chronicle news crew arrived at the hospital, fire fighters were still on the scene after having successfully put out the fire.

Officials from Kwekwe City, ZESA, the District Development Committee (DDC) and police were also assessing the extent of the damage.

Distraught occupants of the quarters were also milling around counting losses.

Dr Tinashe Gunda said the fire broke out from his kitchen.

“I was awakened by the smoke and some sounds of things blowing up from the fire. I suddenly jumped out of bed and went out. I was totally naked so I had to go into one of the doctors’ rooms where I got myself a pair of trousers before I went room by room knocking alerting occupants about the fire. I am glad no one was injured,” narrated Dr Gunda.

He said he had sent his children for holidays the previous day.

“It must be an electrical fault because I heard appliances bursting and all of a sudden, I was being choked by smoke. I lost everything. I could not even get my phone, all my particulars were destroyed,” said Dr Gunda.

He said only one family which stays in the outside room managed to rescue some of their property.

This comes as the institution is faced with serious accommodation shortages as it has only three houses for doctors.

One of the doctors, Dr Sam Hotera, had just moved into the quarters the previous day.

“I moved in over the weekend after I brought my property from Bulawayo.

“All along I had been sharing with a colleague and decided that since my property is here, I should start life on my own. Little did I know disaster was awaiting,” said Dr Hotera.

The fire incident in Kwekwe follows another at Mpilo Central Hospital in Bulawayo two weeks ago where 39 families lost property.

The donations came after a call for assistance by Dr Mapanda.

Another businessman Mr Tobias Kadenhe also availed his Newtown house as temporary shelter and donated US$200.

Handing over the goods, Mr Ncube said the plight of the doctors was everyone’s responsibility. 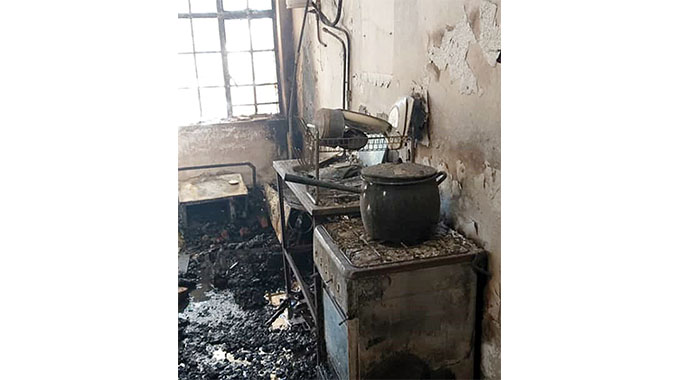 “When I heard about the disaster I had to rush and see the extent of the disaster and I was really pained by what happened. These doctors need support from everyone.

“Of course, I had to do what I could, but I encourage all of us to do what we can to assist our medical practitioners.

“This was only for the immediate use so that the doctors can get somewhere to start from. We are still working on long term donations where we intend to assist with purchasing important furniture for the doctors in the long run,” said Cde Ncube.

He expressed gratitude to Mr Kadenhe for allowing his house to be used as temporary accommodation.

“He told me that the house was supposed to undergo renovations but instead he decided to forego it and offered it to our doctors so that they can stay while the hostels are being renovated,” he said.

Dr Mapanda also expressed gratitude to the business community and urged the Kwekwe Community to come in and assist the doctors.

“I am appealing for assistance to anyone who can help the doctors. They are traumatised by what happened and they do not have anywhere to start from. I, therefore, appeal to anyone who can assist to approach the hospital or our DDC offices,” she said.