There was a child-kidnap scare at a Bulawayo private school, Petra Primary School, after reports that a stranger attempted to snatch a pupil at the institution last week, an incident which was confirmed by school authorities. 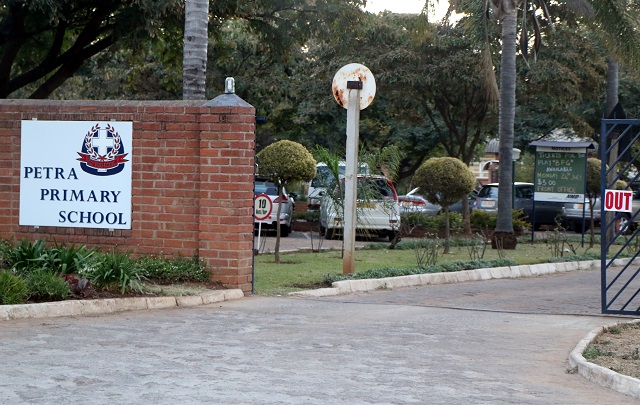 Several parents who spoke to Southern Eye said they feared for their children’s safety following the attempted kidnapping incident that happened on May 13.

“My child was almost kidnapped by a woman who was wearing a long coat and sunglasses. I had gone to collect my child and had parked outside the school gate when I saw children playing at the school playground waiting for their parents,” the mother of the child, who refused to be identified, said.

“I then saw a stranger who approached my child, grabbed her by the hand and lied to her saying I had sent her to collect her. Luckily, my baby had seen me from a distance and she refused to go with the woman.”

R. Kelly considered self ‘genius’ who could act…

Petra acting head Van Rheede on Friday confirmed that a child was almost kidnapped at the school during knock-off time.

“On May 13, the allegations of an incident were reported at the front office. May I make it clear that even though there was no eye witness, staff on duty were immediately activated to investigate the issue,” Rheede said.

“As a result of this, a reminder was posted to raise awareness and remind us to be vigilant and alert.”

Rheede said the school was now working on upgrading its security system to ensure the safety of the children.

Luke-ing the Beast in the Eye: The rogue vote that put Africa to shame