Kwekwe-based ferrochrome producer, Zimasco’s plans to commence production on its Western Plant have hit a snag amid reports that the company has to first clear a US$7 million debt to the power utility, Zesa. 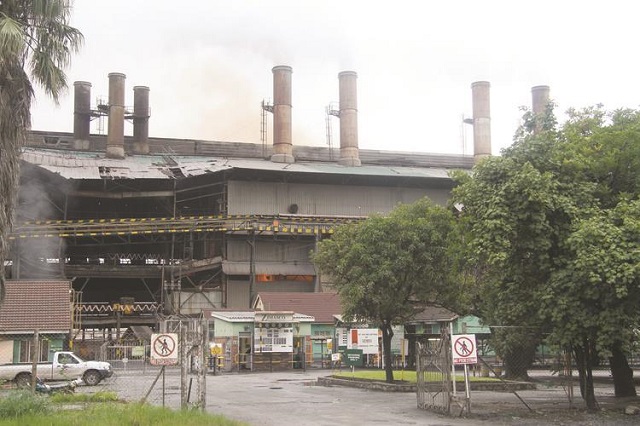 The debt arrears were reportedly accrued by South African company, Portnex International, which was using the plant’s three furnaces on a five-year lease agreement, which expired at the end of 2020.

Zimasco used the smaller Eastern Plant, which has two furnaces. Upon vacating the plant, Portnex is said to have left behind a huge debt hovering around US$7 million and a substantial amount in local currency estimated at around $30 million. The outstanding debt left the power utility with no option but to switch off the plant.

After successfully carrying out repair works at the western plant and preparing to kick-start operations using the plant, Zesa reportedly “refused” to switch on power demanding payment in full.

Portnex officials have since left the country, leaving Zimasco between a hard place and a rock, close sources said. Talks between Zimasco and Portnex judicial manager, have also not yielded good results.

Contacted for comment over the matter, Zimasco general manager marketing and administration, Ms Clara Sadomba, declined to comment on the matter before referring the reporter to the Portnex judicial team.

An official said to be a Portnex business rescue practitioner, Mr Claudius Nhemwa also declined to comment saying he was not part of the said judicial team.

“Is that newsworthy, is that the most pressing issue in the Zimbabwean economy? Go back to your instructing authority or sponsor on this article and ask for clarity on the nexus between myself and Portnex,” he said.

Zesa spokesperson, Ms Prisca Utete could also not be drawn to comment on the matter citing client-customer confidentiality.

“As Zesa we have no comment owing to company, customer confidentiality. You can get comments from other concerned organisations,” said Ms Utete.

Investigations by the reporter, however, revealed that Zimasco could have started operations in March owing to an upsurge in the world market price of ferrochrome but failed because there is no power.

The resumption of production at the plant could have created more than 600 jobs according to initial estimates by the company.

At the moment Zimasco is only using the Eastern Plant where it employs about 700 workers. Midlands Provincial Affairs and Devolution Minister, Senator Larry Mavima, said he was aware that Portnex had challenges with paying their bills.

“Portnex once wrote to me complaining about what they called hefty power charges but I was not aware that it had reached this stage,” he said.

“But I think the relevant companies should find common ground because Zesa wants their money. Plans should be made to pay the outstanding bill. The two parties should meet and find a way forward,” said Minister Mavima.

The company is an integrated ferrochrome producer and mines chrome in Shurugwi, at Guinea Fowl near Gweru, Lalapanzi and Mutorashanga.

Its non-core operations include coal-bed methane and ranching assets in Zimbabwe. The company employs 750 workers directly and more than 1 000 indirectly. The Chronicle

Barbourfields Stadium will be dull, lonely without fans