Newly appointed “Presidential Envoy and Ambassador at Large” Prophet Uebert Angel was at the Zimbabwean embassy in London on Thursday and met the ambassador (Retired Colonel) Christian Katsande in the first working visit that was expected to map out how the two will work together as instructed by the President.

A source who attended the meeting said discussions centred on how to coordinate re-engagements efforts and compare notes on promoting Zimbabwe to investors.

Pressed to give more details of the meeting with Katsande, the source insisted “in the next few weeks you will see the results of what was discussed today.”

Katsande has been ambassador in London since the 18th of June 2018. He is a retired Colonel in the Zimbabwe National Army and during the Government of National Unity (2009 – 2013) the late President Robert Mugabe appointed him Deputy Chief Secretary in the Department of Economic Research and Policy Analysis in the Office of the President and Cabinet.

Soon after his appointment Angel did not waste time and fast tracked his own projects, inviting the president to officiate the ground breaking ceremony for his 6 400-seater Harare Hippodrome and Beethoven Hotel which will have 40 executive rooms in Harare’s Braeside suburb. 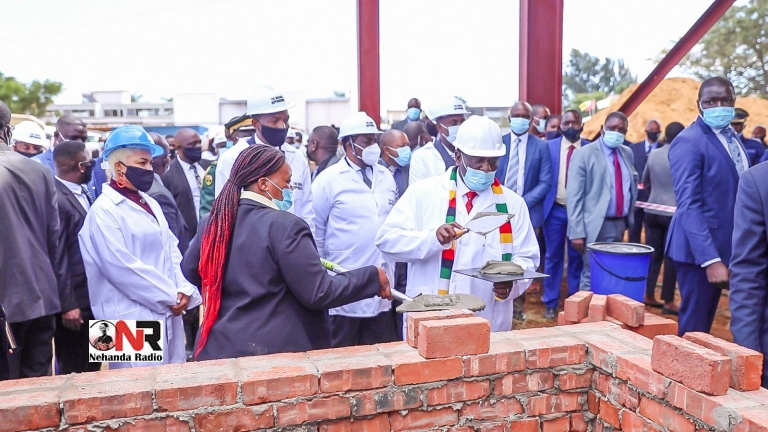 The multi-million dollar project is set to be completed at the end of this year and will see the 6400 seater Harare Hippodrome become the largest conference centre in the country, dwarfing the Rainbow Towers (HICC) Conference Centre in Harare (4500) and Harare City Sports Centre (4000).