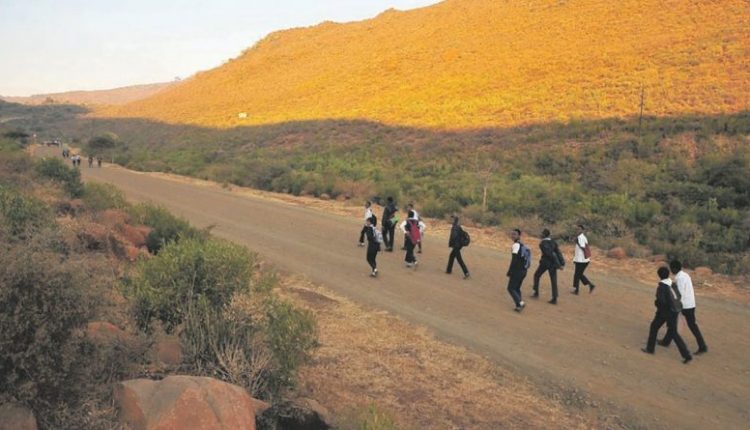 As schools open again this week, Beitbridge parents are having sleepless nights over accidents along Beitbridge – Harare Highway that has robbed Roman Catholic-run St Joseph Primary School of many pupils. 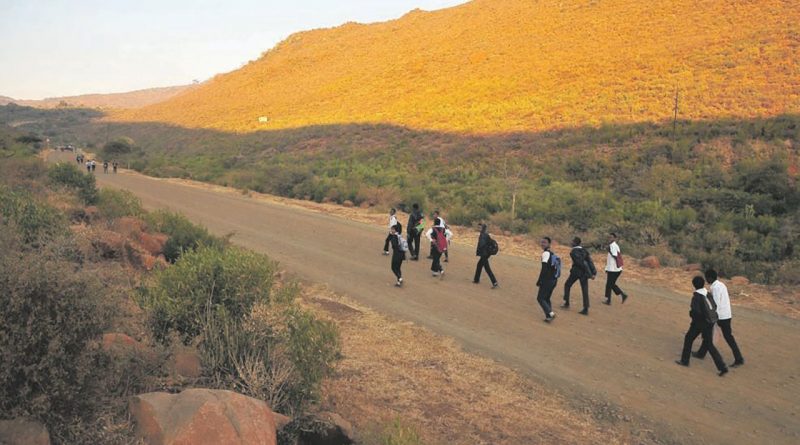 As a grim warning of what may lie ahead for the pupils Admire Zhou (..) was hit and killed by a car on the black spot last week after being dragged underneath for several metres. The stretch of road is just as one drives into Beitbridge Town from Masvingo. Dozens of children from four suburbs namely Mashavire, Mashakada, Shulu shule and Dulivadzimu cross to and from St Joseph every week day.

The crossing point is along a highway where cars are speeding. Even children from ECD classes take the inherent risk daily. The black spot is so dangerous it has not only killed kids but adults alike. Speaking to Two Nations, Mat South Provincial Roads Engineer Joseph Makokove called on the Ministry and Beitbridge Municipality to sit down as quickly as possible and look into the statistics and plan the way forward. He also urged St Joseph school head, Sheila Zvarevashe to be proactive and initiate the process by making a case with the town council and relevant Government departments.

He urged the school head to write letters to the relevant authorities and classify the matter as an urgent one. Makokove said once invited, his department will invite other stakeholders and do an analysis of the stretch of the road and see how best to deal with the problem. The Ministry does not normally erect humps along highways, he said.

Beitbridge East MP Albert Nguluvhe said one way of attending to the problem is to put a zebra crossing to force motorists to reduce speed. He also said that Police had helped by controlling traffic and urged them to be consistent in their attending to children crossing the road.

Although parents agreed with Police assisting children to cross the road, they said that this was easier when children are going to school in the morning because they all pass within a short period of time. “After school children cross the road from as early as 12pm and they continue doing so until as late as 6pm. It is not very practical for the Police to be on the road every day for so many hours and with children coming in dribs and drabs,” said a parent who declined to be named.

Beitbridge Ward 3 councillor Takavingei Mahachi expressed grave concern at the risk the highway paused to the school kids. “This stretch of road is frightening for school kids, teachers and even other adults.

Last week Admire Zhou was hit and killed by a speeding 16-year-old motorist on the same stretch of road. “There are too many accidents in that area and with the opening of schools this week, we must be more worried. “I made appeals to the late Minister of Transport Biggie Matiza before he died and to the provincial roads engineer.

We lost a prominent businessman Chiwa in the Last week, a man from my ward was hit by an overspeeding driver of a Honda Fit. A prominent businessman, Chiwa also died some two years back after being involved in an accident as he was driving from Oj’s shopping centre, “said Mahachi.

Mahachi said he had made an appeal to the late and former Minister of Transport Biggie Matiza and the Provincial Engineer last year to have speed humps; signage or road markings along the highway so that motorists can reduce speed. “Police has been assisting pupils in crossing the road but that is not enough as their lives could also be at risk.

The pedestrian crossing signs are not clear and speeding motorists may not see them well. If the signs could be replaced with ones that are clear and also road markings or grids that would make motorists reduce speed to avoid loss of lives,” said Mahachi. Masvingo Mirror

Harare to host 3 T20s and 2 test matches against Pakistan