Former Energy minister Elton Mangoma has been cleared of his 2019 criminal abuse of office charges by two High Court judges. 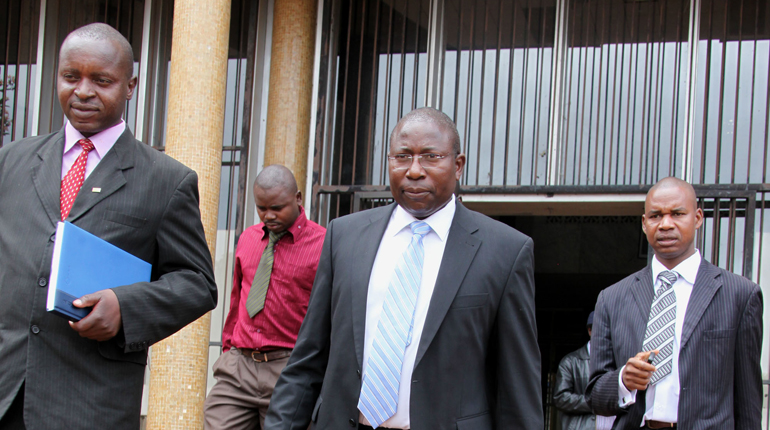 Mangoma has been acquitted together with former ZESA Enterprises managing director, Tererai Mutasa.

“Introducing a fresh charge at the close of the State case was an irregularity so gross that it destroyed the legal validity of the proceedings.

“What the court did was to clear the applicants of the crime charges and then preferred a new charge at the close of state case.

“The charge is new because the applicants were put on their defence on conduct which was not the basis of the original charge,” reads the judges’ finding.

Mangoma and Mutasa were jointly charged with former ZESA Holdings CEO Joshua Chifamba, who also had his charges dropped in May last year for the same reasons.

According to the judges, the Mangoma and others could not plead or accept new charges during a trial.

“In short the proceedings a quo really ended with the magistrate’s finding that it was not necessary for ZENT (ZESA Enterprises) to go to tender.

“What should have followed that finding as a matter of law, was the pronouncement of the verdict of not guilty.

“There was no longer any defence case to proceed into, hence our intervention on the basis that it was grossly irregular to both effectively acquit the applicants and in the next breath still order they be put on their defence.

“The irregularity cannot be corrected by way of appeal but review. For the above reasons, the application for review succeed.

“We order as follows, that the decision of the first respondent dismissing the applicant’s application for discharge at the close of state’s under ACC 24/19 be and is hereby set aside.

“The application for discharge be and hereby granted. Mangoma and Mutasa are hereby found not guilty and are acquitted,” reads the ruling.

The High Court also highlighted that magistrate Mapfumo had correctly ruled that prosecutors had failed to make a case against the trio.

The magistrate had uncovered that ZENT – which had allegedly improperly awarded a tender to supply switchgear to Techpro Company of South Korea without going to tender – was not a procuring entity to which provisions of the Procurement Act and Regulations apply.

Allegations were that, on 24 October 2011 and at ZESA Holdings Head Office, Electricity Centre, Mangoma, Mutasa and Chifamba being public officers connived to unlawfully engage Techpro Company of South Korea to partner ZESA Enterprises a subsidiary of ZESA Holdings without going to tender.

The trio did not deny engaging the company but argued that they did not act unlawfully because ZESA Enterprises was not required to have gone through tender processes since it was not a statutory board.

The State also failed to prove that Mutasa was a public officer. H-Metro