DNA tests have matched the jaw, tooth and limb recently recovered in searches by investigating police officers to the seven-year-old Murehwa boy Tapiwa Makore (Jnr) murdered in September last year for ritual purposes but the family is rejecting the results and wants a second test. 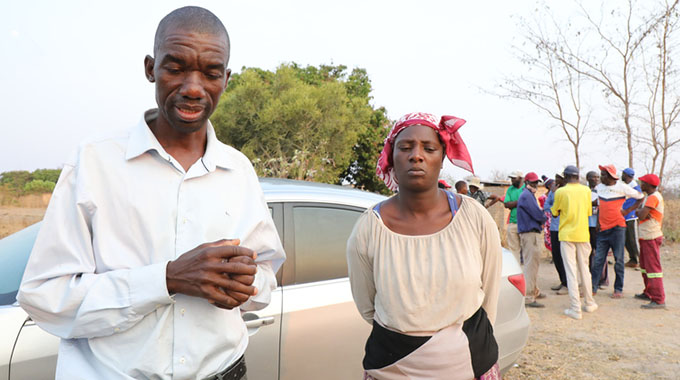 Family lawyer Ms Tabitha Chikeya, told ZBC News yesterday that it was impossible for the head to belong to Makore given it was found about three days after his death but did not look new.

She called for further DNA tests.

“It is true that we do not agree with the results. The head didn’t have a scalp and looked a bit old, and resembling that of a 12-year-old or 13-year-old child. Our child was seven years old.

Two doctors concurred that it was not our son’s head,” she said.

Tapiwa went missing on September 17 while looking after his parents’ garden. His torso was found the following morning, with some parts, including the head missing.

Six suspects, including relatives, have since been arrested while others were questioned in connection with the kidnapping and murder.

The killers and their accomplices abducted the boy, shepherded him to a mountain and kept him for the whole day before murdering him and then chopping off his head, arms and legs at night.

“The Zimbabwe Republic Police confirms that communication has been made with the late Tapiwa Makore’s family in connection with the DNA results which were conducted by AIBST DNA Testing Centre and National University of Science and Technology.

“The DNA results showed that the jaw, tooth and limb were a direct match to the torso. All other details concerning the case will be revealed once trial proceedings are in motion,” he said.

The latest updates on police investigations show that police now believe an 11-year-old boy from Nyamutumbu Village was paid US$5 to lure Tapiwa Makore (Jnr) from the garden to his uncle’s homestead. The uncle, Tapiwa Makore (Snr), allegedly gave the boy $5 plus a T-shirt for the crucial role he played in the murder before warning him against disclosing the matter to other villagers. However, the boy handed over the money to his mother who kept the secret until everything came out during the investigation.

The uncle together with his herdsman Tafadzwa Shamba (40), the first person arrested, are in remand prison pending the murder trial. Police alleged the boy was sent by both Makore (Snr) and Shamba.

It is alleged that the boy later revealed the matter to his mother who told him not to disclose the matter. The mother is said to have used the money to buy chicken.

In November last year, another Makore brother, Thanks Makore (56) was also arrested in connection with the ritual murder, with allegations that he was given the boy’s head and arms. Thanks Makore of Damofalls was arrested in Harare and has since appeared before a Mutoko magistrate.

Two more women were picked up for questioning by police after they allegedly bought meat from Tafadzwa Shamba, the herdsman. The arrests came after reports that the meat bought by the two women might have been human flesh from the late boy’s thigh, which was sold to them at their homestead where they sell opaque beer and kachasu.

Shamba allegedly exchanged the meat for six containers of opaque beer with one of the women, Joina Tangirire, who sells beer at her homestead. The meat was consumed by her whole family. Following a tip-off, police picked up Tangirire and a relative, Enia Tangirire, who are alleged to have admitted that they exchanged beer for the meat.

Police arrested another woman, Moud Hunidzarira (42), in Budiriro following a tip-off by the public and she has appeared before a Murehwa magistrate and been remanded in custody. It is alleged that when the murder occurred, Hunidzarira was in Murehwa and a few days later, she was seen by some neighbours in Harare cleaning an item that had blood believed to be that of the late Tapiwa Makore. The Herald