The widow of an accident victim who died last year has filed a US$407 000 lawsuit against a bus company. 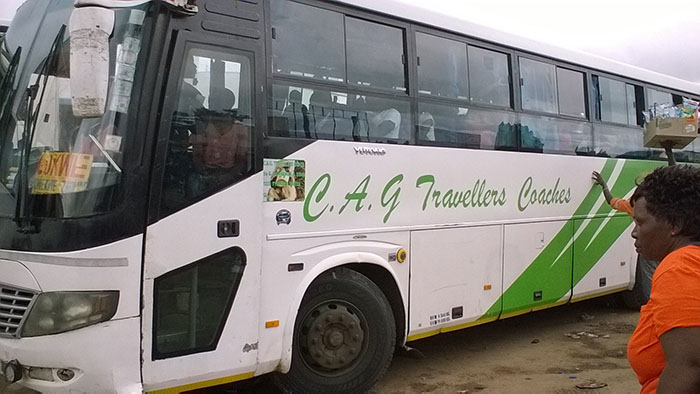 Wona Macingwane-Chidzanira’s husband Tadiwanashe Chidzanira died in October last year when his Toyota Hilux was crushed by a CAG bus that was being driven by Mamwena Tinashe Marombo.

Macingwane-Chidzanira is being represented by Ms Charity Tawanda of Tawanda Law Practice. CAG Tours is one of the leading bus companies in the country. The accident happened at the intersection of Sam Nujoma Street and Josiah Chinamano Avenue in Harare.

Marombo failed to observe a stop sign. He has since been convicted of culpable homicide and condemned to two years in jail. In her claim last week at the High Court, Macingwane accuses CAG of negligence resulting in the accident.

She argued that the bus company was vicariously liable for the claim since Marombo was its employee.

“The second defendant (Marombo) is its employee and the accident occurred during the course and scope of his employment while driving first defendant’s bus,” read the summons.

In this regard, she wants an order for payment of US$407 000 being total damages for loss of support, pain and suffering as a result of the death of her husband and a son.

“The premature termination of her husband’s life has necessitated a claim for basic necessities such as food, transport and shelter until she remarries,” the summons reads.

“She endured trauma, pain and suffering for the loss of life of her husband through the second defendant’s negligence.” The claim also includes compensation of US$218 000 for her daughter who suffered emotional pain after the loss of a father and guardian.

She also claimed US$1 000 per month for her daughter’s upkeep until she turns or becomes self-supporting.

The woman’s father-in-law is also listed in the claim. Macingwane wants him to be compensated US$87 800 for loss of a child. The Herald