Soul Jah Love’s family say they were humbled by President Mnangagwa’s decision to confer Liberation Hero status to the chanter.

Yesterday, the President according to the National Heroes Act designated the status to the chanter amid widespread appreciation from music fans.

Soul Jah Love joins the Simon Chimbetu, Tuku and Cde Chinx, artistes who were accorded a national hero or Liberation status by the State.

Soul Jah Love: The humble King who cared less about the…

“As the Musaka family we are humbled to accept having our brother and child receive such an honour from the highest office.

“I want to thank the ZANU PF Harare province for taking this courageous decision to approach the national youth league leadership.

“I also want to thank the national youth secretary Tendai Chirau for taking the matter to the President for consideration. 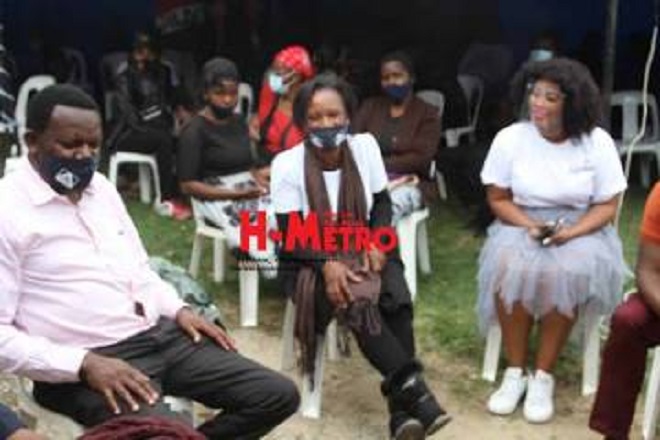 “This shows they had confidence in Soul Jah Love and what he had contributed as a Zimbabwean citizen,” said family spokeperson, Solomon Musaka.

Musaka said they welcome the status with both hands.

“I would like the youth leadership to take our response back to the President and express our gratitude. “On behalf of the family, we welcome the decision with both hands.

“Soul Jah Love comes from a family with a political background that was fronted by both his father and mother,” he said.

“We all know Soul Jah Love was the Conquering Lion boss, this means he led a number of young people wherever he went.

“Even if he was not born during the war time, the chanter sang well about his country and had the passion to uplift fellow young people.

“He participated at State events, his music was consistent and all that was a contribution for the party to arrive at such a decision,” he said.

The Youth league also promised to construct a Soul Jah Love Memorial Studio that is expected to be complete in the next two months.

Through its national secretary, the members also donated groceries, sanitizers and promised to offer more help until the singer is put to rest. H-Metro

Soul Jah Love: The humble King who cared less about the crown