Mondays are known to be boring, well it was a different story today as raunchy dancer Beverly ‘Bev’ Sibanda came out guns blazing at radio personality Samantha “Misred” Musa after she accused the dancer of not using her real name in public.

It started when comedian Ray Vines posted a student ID of himself indicating his real name was Melusi Chiripowako. Misred retweeted with a comment saying, “Ah… Saka Ray isn’t your actual name!! It’s like the day I found out Bev Sibanda isn’t her real name… I’m shook.” 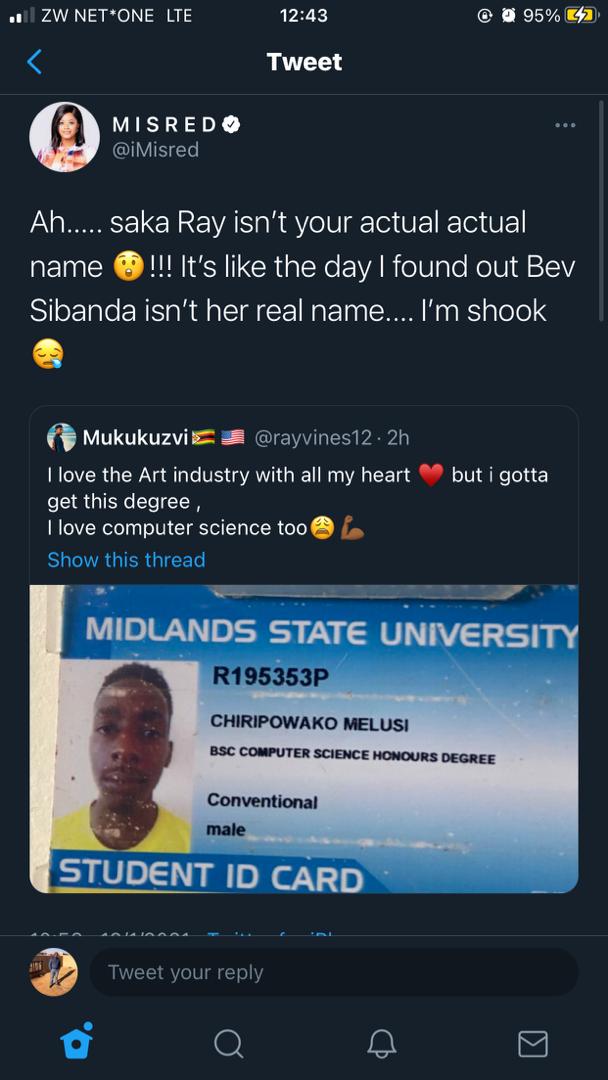 Misred’s comment did not sit well with Bev who quickly responded in a 1 minute 56 seconds long video of insults.

In the video she accused Misred of being spotted in the Avenues (Harare) and having relationships younger boys.

“If any one calls me by any of my three names ( Beverly Junior Lizzy) I respond, kumh*ta kwako Misred iwewe. You used to bullying people on social media and you want to be everywhere kwese kwese unoda kungopfekera apa unopfekerwa futhi mb*ro yevana vadiki Stupid!!!

“We’ve been watching you from a distance, we were feeling pity for you when Shadaya insulted you but you are getting out of hand,” vented Beverly Sibanda in the video.

MisRed is yet to respond to the video by Bev.

MisRed again claims Zimbabweans are exaggerating crisis in the country