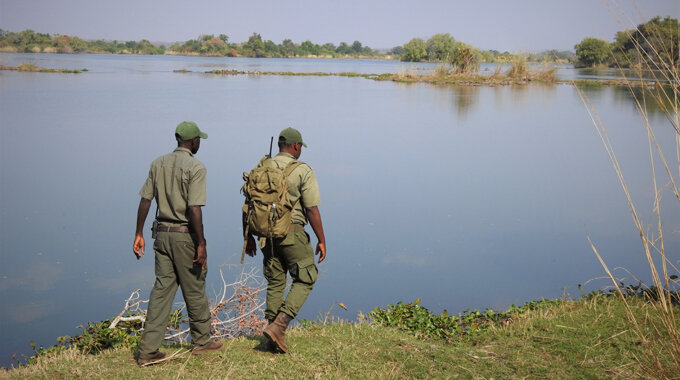 Five poachers were gunned down by Zimbabwe Parks and Wildlife Management Authority (Zimparks) rangers in 10 incidents of armed confrontation in national parks this year amid an intensifying crackdown on poaching by authorities.

Poaching activities declined significantly this year, thanks to the introduction of new anti-poaching strategies that include deployment of high-tech drones to monitor conservancies, retraining of rangers and the introduction of a shoot-to-kill policy.

Zimparks spokesperson Mr Tinashe Farawo told The Sunday Mail that the introduction of the shoot-to-kill policy has deterred illegal incursions into conservancy areas.

“Twenty elephants were poached this year, marking a significant decrease from the 30 that were killed in 2019,” said Mr Farawo.

“We have had 10 armed contacts with poachers this year, with five of them leading to fatalities. If you look at it, five years ago we would have about 500 elephants poached in a year but with the introduction of new strategies by management, we are bringing the numbers down.

“We are also working with the International Fund for Animal Welfare to help with protecting elephants especially in the Hwange National Park and also other partners to fight poaching.

“Before the new management came in there were a lot of constraints especially in terms of vehicles but now we have managed to procure over 100 vehicles for patrolling and tracking and this has helped us become more visible around the protected areas. We are now also harnessing technology by deploying drones and this helps us in monitoring wildlife and the protected areas. We are now able to detect intruders early and this has really helped to curb poaching.”

He said the judiciary handed down tough sentences on poachers and this has helped deter would-be offenders. The Sunday Mail