Ngezi battle to tie down trio

Ngezi Platinum Stars are making frantic efforts to convince three of their key players to extend their stay in Mhondoro. 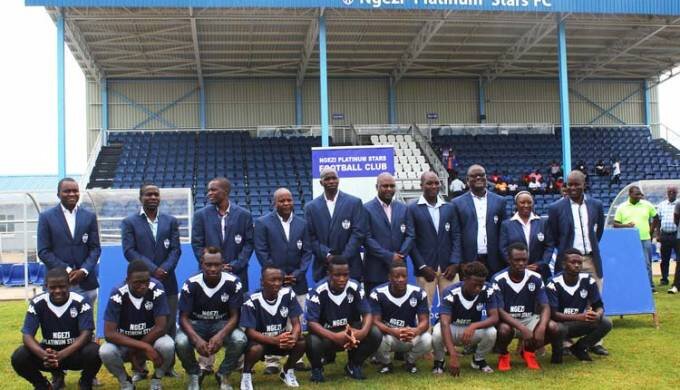 Captain Frank Makarati and goalkeeper Nelson Chadya’s contracts will run out at the end of next month.

The duo have not committed their future to the club as yet.

Midfielder Gerald Takwara remains holed up in South Africa where he is pushing for a move to DStv Premiership side, Chippa United.

He still has a running contract with Ngezi, which ends in June next year, but the midfielder has already made his mind about joining Chippa.

Ngezi Platinum secretary-general, Cloete Munjoma, told The Herald negotiations with Takwara were ongoing and he didn’t want to comment much on the issue.

“I am not at liberty to reveal more about those details but we are currently negotiating with him (Takwara),” he said.

“At the moment, I am not sure where he is but we are talking to him.”

He said the team have since opened negotiations with the duo of Makarati and Chadya.

Makarati has attracted interest from clubs in Egypt and South Africa.

Ngezi risk seeing him walking out for free.

Chadya could as well walk out for free amid reports he has caught the attention of FC Platinum and Dynamos.

Both their contracts run out on December 31.

“I can confirm that Frank (Makarati’s) contract is running until the end of the year.

“We are more focused on talking to the player and we are confident we will come out with a positive outcome.”

Ngezi Platinum, just like all other teams in the Premiership, are training in anticipation of the possible mini-league tournament scheduled for next month.

The tournament is expected to run for two weeks.

Warriors coach, Zdravko Logarusic, is expected to use it as the stage to pick his squad for the CHAN finals in Cameroon between January 16 and February 7. The Herald