Attempts by President Emmerson Mnangagwa’s regime to hoodwink the international community into thinking they have implemented long demanded media reforms by issuing six new free-to-air TV licences have been exposed by evidence the army is a shareholder in two of the stations.

Those given licences either already hold print or radio licences like Zimpapers or are linked to the government. One of the licences went to Bulawayo-based Fairtalk Communications, which is in partnership with the military’s Rusununguko in running Skyz Metro FM.

Although Fairtalk shareholders Qhubani Moyo and Cont Mhlanga have insisted that the military has no shareholding in the TV station to be known as Ke Yona TV, Nehanda Radio has been provided an August 2014 document showing a joint venture agreement between the company and the army. 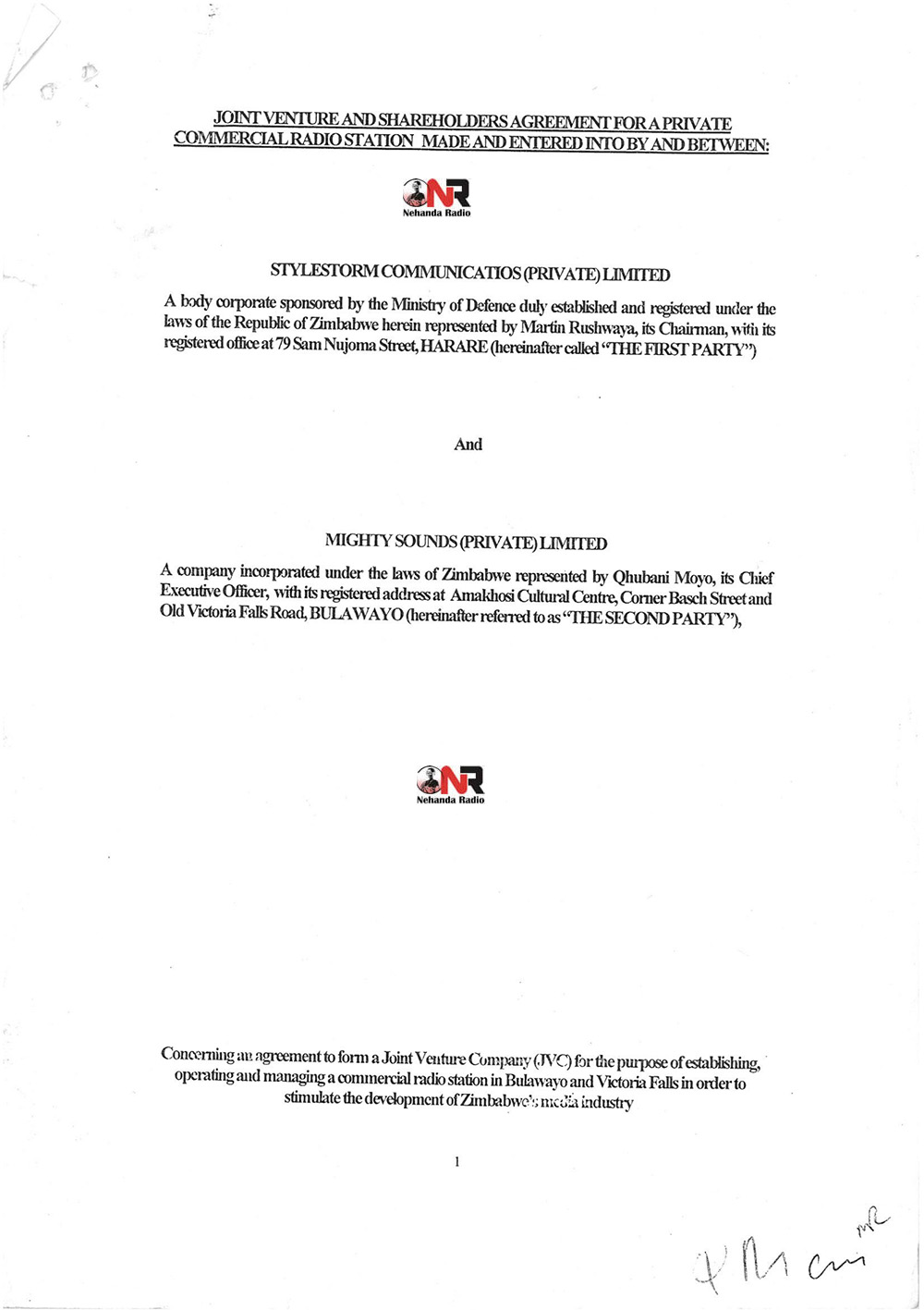 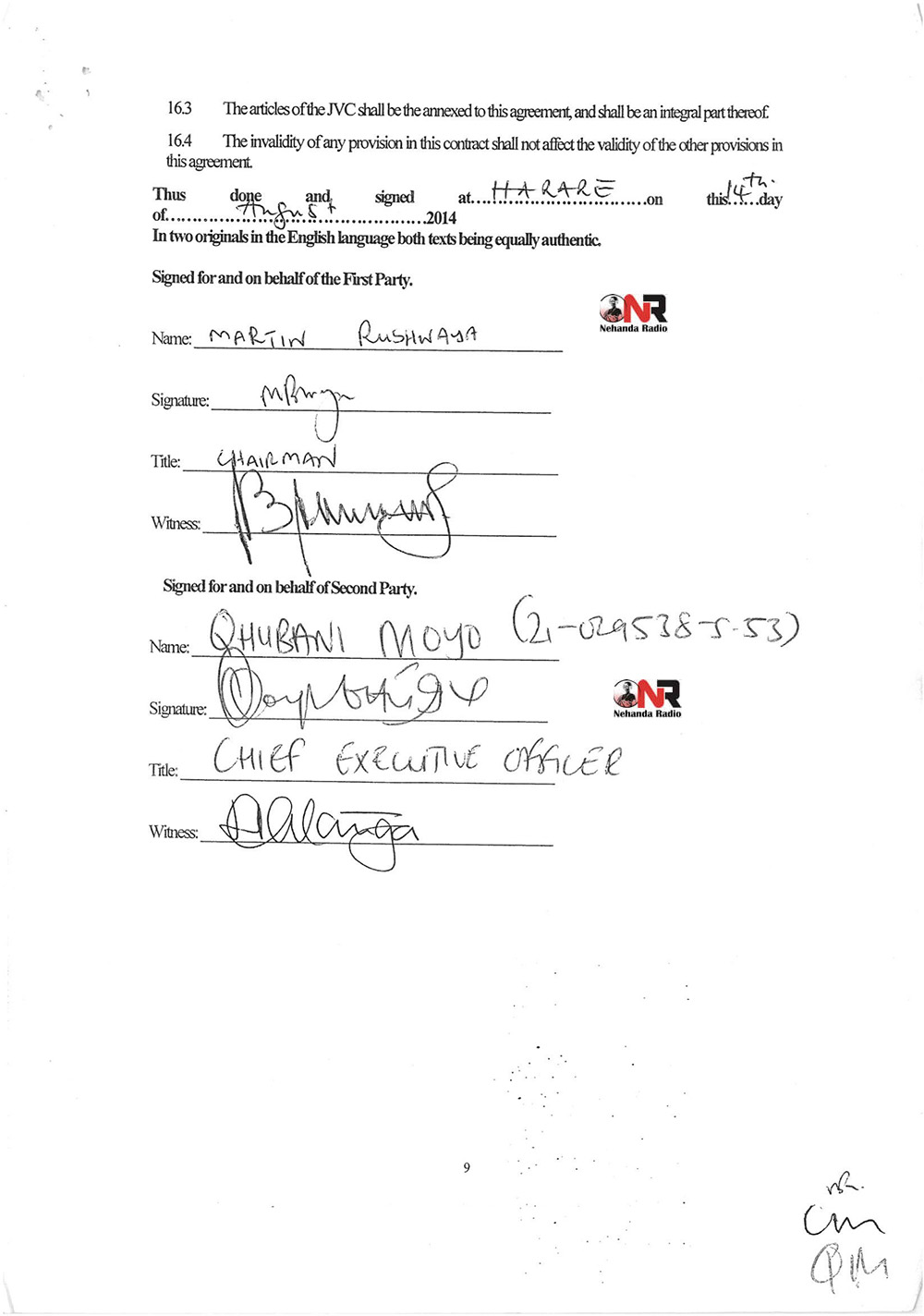 The document states that the parties are entering into a joint venture agreement for the purposes of “establishing, operating and managing a commercial radio station in Bulawayo and Victoria Falls in order to stimulate the development of Zimbabwe’s media industry.”

The first person to sound the alarm was former Information Minister Jonathan Moyo, who in a February 2020 tweet confirmed Qhubani Moyo was stepping down as CEO;

“Qhubani Moyo leaves Bulawayo’s Army owned and Army-run Skyz Metro FM. It’s the end of a dream that either never was or never could be. I wonder what Cont Mhlanga thinks about it all. It did not have to be this way. Now the Army has completely taken over!” Jonathan Moyo tweeted.

Officially the army via the Ministry of Defence has been granted a licence for its own TV station NRTV via its company Rusununguko. That same company already has a relationship with Fairtalk who have on the face of it have been granted their own licence to run Ke Yona TV.

The Zimbabwe Broadcasting Corporation (ZBC) has continued to enjoy a radio and TV monopoly since 1980. All other companies who have received licences are either controlled by the government or owned by people linked to the ruling party.

Last week the Broadcasting Authority of Zimbabwe (BAZ) announced six winners of the licences on offer from a list of 14 applicants.

“While the decision to license more television stations is a welcome development, we are worried at the lack of diversity in the granting of the TV licences,” the Media Institute for Southern Africa said.

“The new TV licence holders either already hold print or radio licences or are linked to the government or the governing party. With this scenario, the country risks having a homogeneity of news and views, an anathema to democracy.”

Charles Sibanda, BAZ chairman said among those issued licences was Rusununguko Media (Pvt) Ltd, which is owned by the Ministry of Defence. It will trade as NRTV.

The Daily News, which now has the Minister of State for Harare Oliver Chidawu among its shareholders, was awarded a licence under Jester Media (Pvt) Limited and will trade as 3K TV.

The Zimbabwe Newspapers, which is majority-owned by the government through a trust and runs the country’s biggest newspapers and several radio stations, was also awarded a licence for its station, ZTN.

Ncube has been a supporter of Mnangagwa since a 2017 coup that ousted long-time leader Robert Mugabe, support which was rewarded with an appointment as a member of the Presidential Advisory Council.

“In the event of failure to broadcast, the licences will be availed to other aspirants through a similar process,” he said.

“If Zimbabwe is to have a truly diverse media, there is a need for more players from different backgrounds to be granted licences,” MISA said.

With BAZ soon set to start the process of licensing community radio stations, MISA said it was “worried that if this trend continues, only players with links to the government will be granted licences, yet again.”

“MISA Zimbabwe, therefore, calls for the genuine liberalisation of the airwaves, where diversity and pluralism are the guiding principles in the granting of licences,” it said. Nehanda Radio

Some people in Zanu PF wanted me dead: claims Matemadanda