The search for slain Tapiwa Makore’s missing body parts yielded nothing on Thursday with the suspect and uncle, Thanks Makore reported to have suggested that the head was buried in a field. 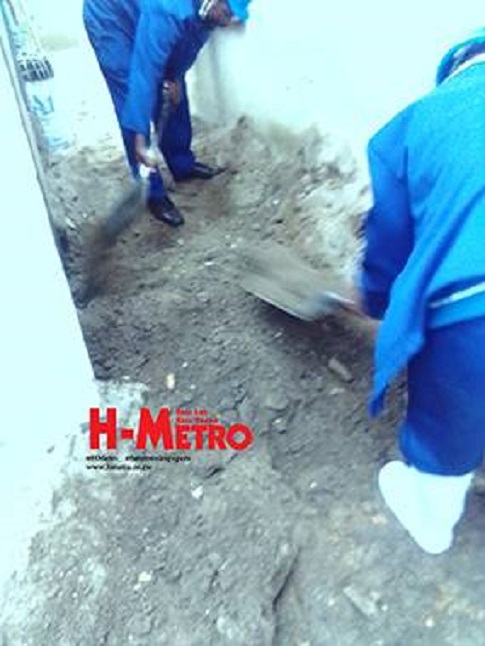 Nine hours of digging and searching proved fruitless as Thanks is reported to have said he buried the head in a nearby field where members of the homicide went and returned empty handed.

The search was not without incident as a dog was unleashed on journalists covering the scene when Thanks was being taken for further indications.

The search was briefly stopped because of rains and resumed with indications that the search was yielding nothing.

A relative to the Makores said Thanks had indicated to the police that he had buried the head in his fowl run where the initial search was done. HMetro.