Gringo is not dead!

This story has now been overtaken by events….

Veteran comedian Lazarus “Gringo” Boora has died. He was 47. Gringo who was admitted at Westview Hospital in Zimre Park died this morning barely a day after his doctor had to deny premature reports that he had died over the weekend.

Below is the old story…….

Local comedian and actor Lazarus Boora (Gringo) is alive and recovering at Westview Medical Centre in Zimre Park, Harare where he is hospitalised.

Gringo: The ‘troublemaker’ in death

This was confirmed by Gringo’s doctor, Dr Johannes Marisa yesterday after social media was awash with messages claiming that the popular actor had died.

“I’m surprised by the reports on social media. Gringo is still recovering at our hospital and I’ve just attended to him,” Dr Marisa said yesterday morning.

In an interview on Saturday, the doctor revealed that they conducted tests on Gringo and were awaiting some of the results. 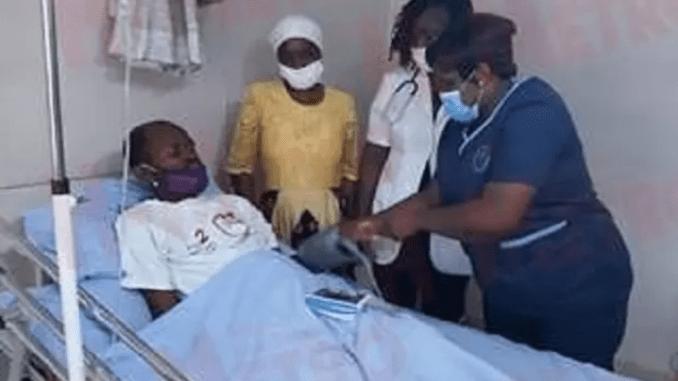 “We’ve conducted all the necessary tests and check-ups that where need to be done. Unfortunately, because of medical ethics and council, I can’t divulge the results and what Gringo is suffering from. For now, we request you to go with what his wife has told you,” he said.

The actor’s wife Netsai Meki, said she was shocked by the fake news of her husband’s death. She also confirmed that he is alive before asking for people to respect Gringo and desist from taking pictures of him on the hospital bed each time they visit him.

“I just fed him this afternoon. I’d like to thank everyone who’s concerned over Gringo’s health and I ask those who visit not to take photographs of him on his hospital bed. They are causing unnecessary alarm and despondency as it sends a wrong signal.

“They can visit, but for now, no pictures,” she said.

According to family members, Gringo is battling intestine obstruction and has a sitting discomfort, backache, hearing and talking difficulties.

Last year the actor underwent surgery for an appendix rupture before he relocated to his rural home in Rusape. He recently returned to Harare where has been staying with his wife and three children. The Chronicle.

Gringo’s daughter publicly attacks stepmom, accuses her of being ‘evil’

Gringo: The ‘troublemaker’ in death