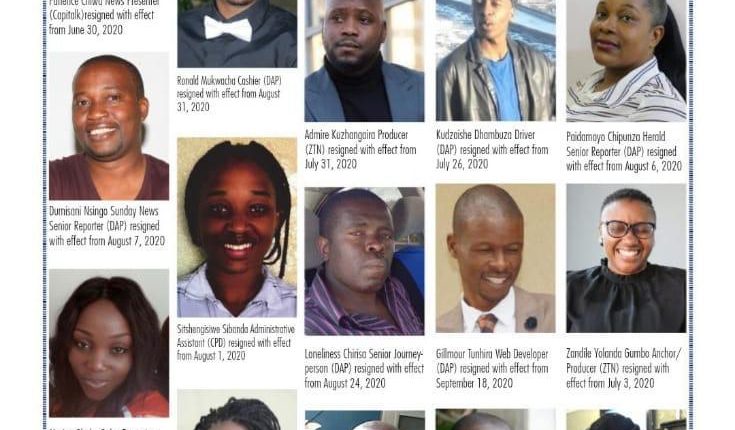 State-controlled Zimbabwean mass media company, Zimpapers, has been hit by a mass exodus of senior employees, including several top journalists, leaving the company in-frustration over the past six months, Zim Morning Post can report. 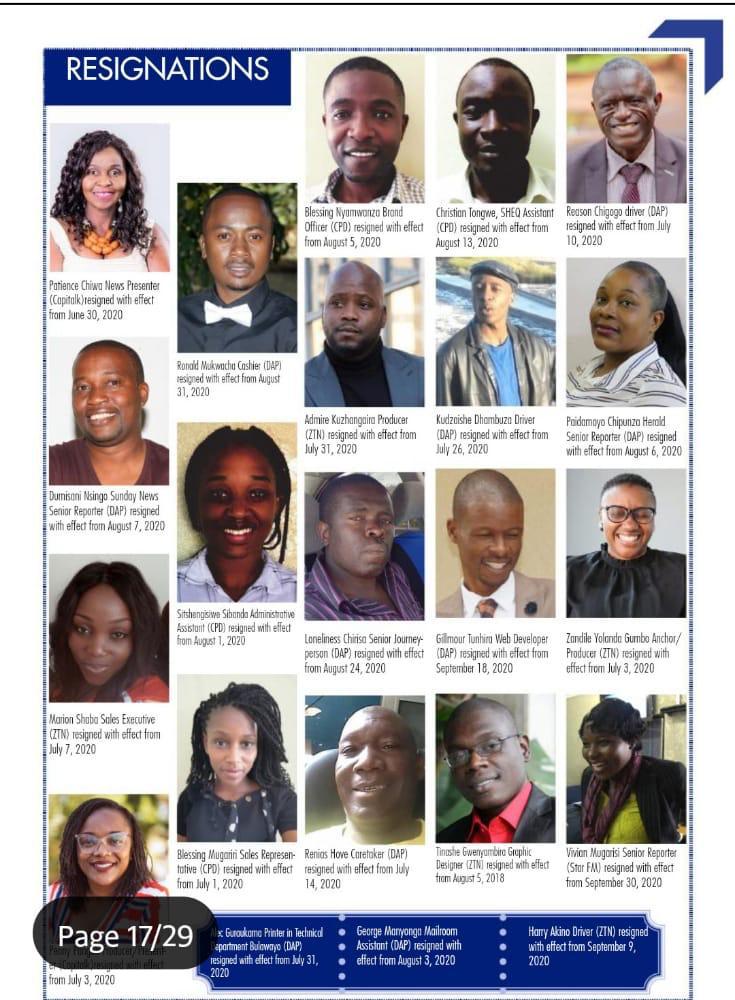 At least 19 senior staff have handed in their resignations in the last 180 days.

Zimpapers’ broadcast division has been the hardest hit by the exodus, more than 15 staffers at a time when other players are preparing to enter the terrestrial broadcast market.

Some of the big names that have left include Phathisani Sibanda, Marion Shaba, Patients Chirwa, Conrad Mwanawashe, Admire “Bhutisi” Kuzhangaira, Belinda Chaora, Tendai Mugabe, Yolanda Gumbo and Tinashe Gwenyambira among many others.

Some of the top journalists who have resigned from the stable include Sunday Mail News Editor Mtandazo Dube, award winning health reporters Paidamoyo Chipunza and Vivian Mugarisi.

Zim Morning Post understands that the workers are frustrated by low salaries at a time the company is reported to be making huge profits.

The workers are also understood to be frustrated by the bullying tactics employed by chairman Tommy Sithole who reportedly “rides roughshod over all stakeholders” in newsrooms.

Workers say Sithole has anointed himself with the powers of Executive Chairman even though this post doesn’t exist at the company.

Sithole is most known for having been the first African editor of the The Chronicle in 1983.

Last month Herald Entertainment Editor Godwin Muzari committed suicide as a result of work related depression in what workers say was a tip of the iceberg of the situation at the media conglomerate.

“If you see an editor getting frustrated, imagine what reporters are going through,” said a highly placed Zimpapers employee who declined to be named fearing reprisal.

“The company is being run rugged because top managers do not seem to care about the welfare of workers and they have no understanding of the pressures that journalists go through,” added one of the workers who has resigned.

Since his appointment as board chairperson in August 2019, replacing Delma Lupepe, Sithole has reportedly steered the Zimpapers ship with a heavy hand. ZimMorningPost.