Five people died in a road accident that occurred at the 34km peg along the Nyanga-Nyamaropa while at Mupedzanhamo, in Harare, a Zupco contracted Trip Trans bus veered off the road and hit some vendors and eight cars yesterday. 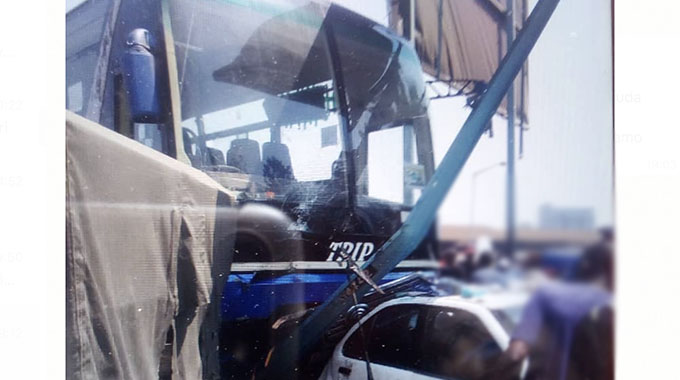 In a statement, National Police Spokesperson Assistant Commissioner Paul Nyathi said the Nyanga-Nyamaropa accident occurred after a truck which was carrying more than 25 people lost brakes and veered off the road.

Twenty-two others were injured in the crash.

At Mupedzanhamo traffic lights, 10 people were seriously injured when the Trip Trans bus veered off the road and hit the vendors and eight cars. According to a police statement, the injured and taken to Parirenyatwa Hospital for treatment.

“The accident occurred at around 3am at the 34km peg along the Nyanga–Nyamaropa road and five people died on the spot,” he said.

Eye witness Mr Daniel Mupfunya said the truck was carrying members of the Matizakurima family who were going to their rural home for a tombstone unveiling ceremony.

“The truck’s brakes failed at the same spot where the Regina Coeli bus disaster occurred,” he said.

Mr Mupfunya said six of the people who were taken to hospital were discharged after medical checks. Police did not immediately release the names of the deceased. The Sunday mail

Trump says he is doing well, but next couple of days the ‘real test’