Two cousins from Chisuma outside Victoria Falls were shot dead after they allegedly tried to disarm two soldiers who were deployed in the area to enforce an anti-smuggling operation along Zambezi River. 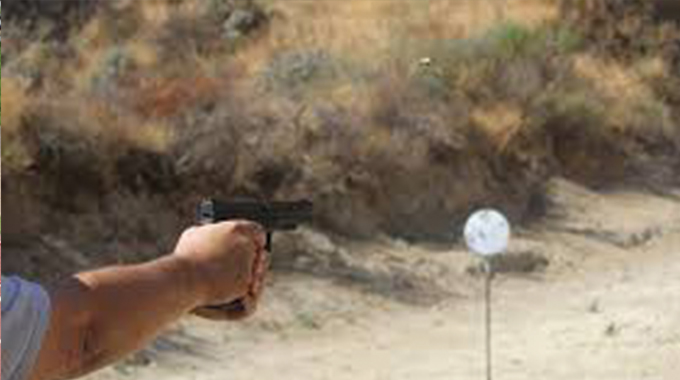 Police national spokesperson Assistant Commissioner Paul Nyathi confirmed the shooting incident which took place on Wednesday evening and the death of the two whose ages were not given but residing in Chisuma Number 2 Village.

There has been widespread smuggling of goods such as prohibited skin lightening creams and hot stuff beer from Zambia through undesignated points on Zambezi River since the start of the lockdown in March resulting in security services deploying its members in Chisuma to monitor.

Asst Comm Nyathi said the two deceased tried to disarm a security service team resulting in a scuffle and the shooting incident.

“The Zimbabwe Republic Police is investigating the circumstances in which two suspects tried to disarm members of the security services who were on anti-smuggling deployments in Victoria Falls on 30 September 2020 resulting in a shooting incident and deaths of two suspects.

As the security services team was at Chisuma Business Centre, at 7:30pm monitoring anti-smuggling activities and dispersing people who had gathered in contravention of Covid-19 regulations, one of the suspects assaulted a security service member and then tried to disarm him resulting in the scuffle,” said Asst Comm Nyathi.

He said investigations into the incident are underway as he warned members of the public against attacking security services members.

Sources however said one of the two earlier had an altercation with one of the soldiers over an undisclosed issue while at the business centre.

Both deceased allegedly ganged up with some unnamed friends and confronted the soldier at the shops.

The other soldier reportedly arrived at the scene during a scuffle between his colleague and the deceased and fired shots. The two cousins were hit and one of them died on the spot while the other one died on arrival at Victoria Falls Hospital, according to members of the community. The Chronicle

Scores turned away at Beitbridge border