Police have intensified patrols at illegal crossing points close to the border where the smuggling of people and goods had become rampant in the last few weeks. 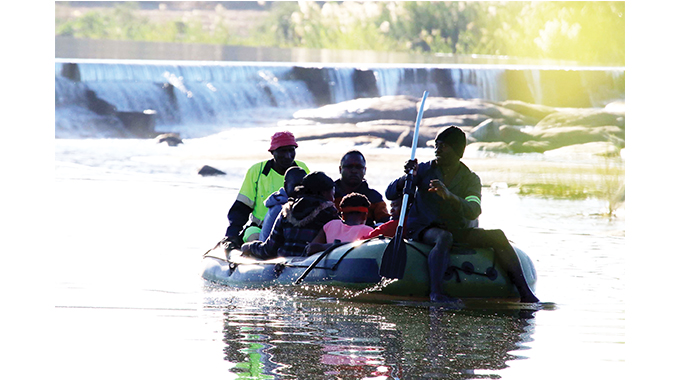 The common places which were being used by criminals to access Zimbabwe and South Africa illegally include the Spillway which is located 500 metres east of Beitbridge Border Post and Dulivhadzimu Gorge located 3km west of the port of entry.

The criminals were also using these two points to smuggle groceries and flea market wares.

Some Zimbabweans coming from South Africa were also using the two points to avoid mandatory quarantine.

The police have since stepping up the patrols, been arresting between 20 and 30 people at these points daily.

The ZRP have also closed an illegal taxi rank which had been opened by criminals near the DA’s Camp in the eastern part of Beitbridge town.

“Patrols are in full swing and we are not leaving any stone unturned in our bid to rid the town of criminals. We want to strongly warn those involved in criminal activities along the border that the long arm of the law will catch up with them,” he said.

Chief Supt Nyongo said they had recovered a number of items that were being smuggled into the country via the Spillway and Dulivhadzimu Gorge.

Among some of the recently recovered goods, he said were 1 110 litres of petrol, several bales of clothes and an assortment of groceries and electrical gadgets.

“We have deployed enough manpower to deal with criminal activities along the border.

“Our efforts are paying dividends and we have managed to close down most of the undesignated entry and exit points and a taxi rank on the eastern part of the town,” said Chief Supt Nyongo.

Zimbabwean and South African security have since the start of the lockdown in March intensified patrols to minimise the illegal movement of both people and goods.

This was done to curb the spread of Covid-19 in the two neighbouring countries.

The South Africans are intercepting mainly cigarettes while the ZRP is arresting people with an assortment groceries and electrical gadgets.

Presently the border is closed to non-essential human traffic and the development has led to an upsurge in smuggling and border jumping cases. The Chronicle

‘If you dream being leader of the country, you have had a nightmare’ says ED