The Iranian navy on Friday said it drove off American aircraft that flew close to an area where military exercises were underway near the Strait of Hormuz. 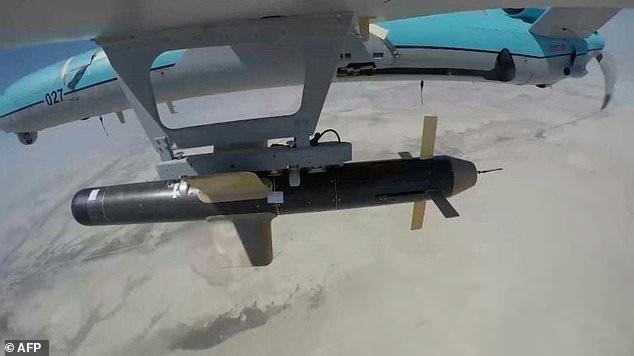 The military said three US aircraft — a P-8 airplane, a MQ-9 drone and a RQ-4 drone — were detected by Iran’s air force radar after they entered the country’s air defence identification zone, according to its website.

After “ignoring warnings by Iran’s defence systems to stay away from the drill zone,” the aircraft were tracked by an Iranian drone before “they changed course and left the zone,” it added.

In June last year, a US RQ-4 drone was shot down by Iran after allegedly violating the Islamic Republic’s airspace — a claim the US has denied.

The sworn enemies have come to the brink of direct confrontation twice since then.

Tensions have escalated between Tehran and Washington since US President Donald Trump unilaterally withdrew from a landmark nuclear agreement in 2018 and reimposed sanctions on Iran.

Their animosity deepened after a US drone strike killed top Iranian general Qasem Soleimani outside Baghdad airport in January, prompting Iran to retaliate with missile strikes against bases used by the US military in Iraq.

During Friday’s drill, the Iranian navy deployed homegrown military equipment, including a submarine and a cruise missile on the second day of exercises near the strategic Strait of Hormuz.

Dubbed “Zolfaghar 99”, the three-day exercise is being held over waters stretching from the northern Indian Ocean to the eastern end of the Strait of Hormuz, through which a fifth of world oil output passes.

The submarine, dubbed Fateh — Persian for “conqueror” — was seen in action for the first time as it sailed up the Indian Ocean, the military said on its website.

The nearly 600-tonne sub is equipped with torpedoes, mines and cruise missiles and can stay underwater at a depth of more than 200 metres (650 feet) for up to 35 days, according to Iranian media.

Unveiled last year, it is Iran’s first submarine in the semi-heavy category, filling a gap between its light Ghadir class and heavy Kilo-class submarines.

The Iranian navy also test-fired a “ghader” land-to-sea cruise missile first unveiled in 2014, saying it successfully hit its target at a distance of over 200 kilometres (124 miles).

The installation of missile systems “all across the country’s southern coast has enabled us to target any threat at sea from any point,” navy commander Rear Admiral Hossein Khanzadi said.

“It’s not about deterrence; it’s about attacking any target that could pose a threat to Iran,” he said on state television.

Videos aired on state television showed the missile being fired from a mobile system installed on a truck, with Khanzadi thanking the crew afterwards.

Iran Guards vow Soleimani revenge will target only ‘those involved’