Four people, among them two minors, were killed when two vehicles they were travelling in collided head on, 8km from Beitbridge town along the Beitbridge-Masvingo road last night. 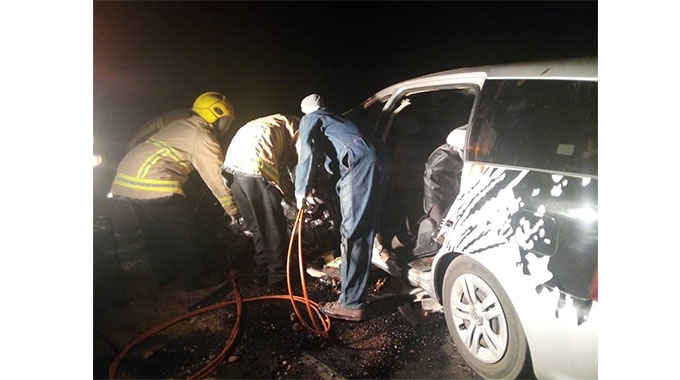 The accident occurred at around 7PM.

A Toyota Wish that was heading for Masvingo collided head on with a Nissan Elgrand that was going the opposite direction and the four people from the two vehicles died on the sport while 12 others were injured. 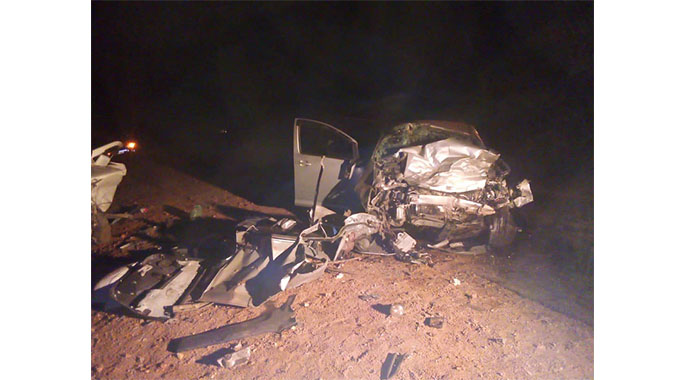 Beitbridge District Civil Protection Unit representative who attended the scene, Mr Jahson Mugodzwa said they were yet to get a full report from the police and health officials. 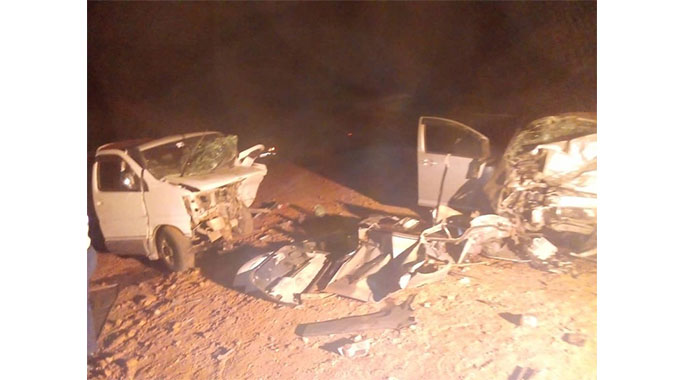 When the news crew arrived at the scene emergency workers were still trying to retrieve the bodies of a man and a woman that were trapped in the wreckage of one of the vehicles.

All the injured were rushed to Beitbridge District Hospital where they were admitted. The Chronicle