A 16-year-old girl died on the spot while three others were seriously injured after a two-plate gas stove she was using to cook, exploded in Southlea Park, Harare, on Saturday night. 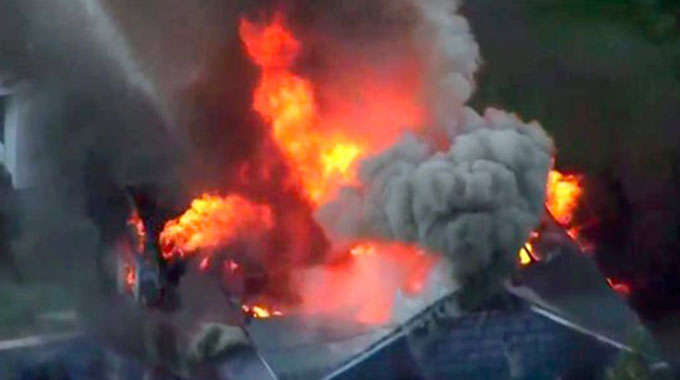 The three who were injured include two minors aged eight and three and a 37-year-old woman identified as Monica Masawi.

Police said the teenager who died is Nokutenda Mashiri.

National police spokesperson Assistant Commissioner Paul Nyathi said they were still investigating to ascertain the cause of the explosion.

“The juvenile died and three others were injured on August 8, 2020 after their house in Southlea Park, was gutted by fire which also destroyed property valued at US$3 190. Investigations into the cause of the fire are underway,” he said.

He said on the fateful day, Masawi left the minors in custody of Nokutenda who was preparing supper before she went to take a bath.

During the process she heard the explosion and went to investigate. She discovered that the house was engulfed by fire and managed to rescue the two minors.

Police are also investigating a case in which a man was attacked and killed by unknown assailants in Norton while he was on his way home from work.

In another incident, the body of a man was found along Chiratidzo Road in St Mary’s, with a deep cut on the back of the head over the weekend.

A Harare man has also been arrested for murder after he fatally assaulted a suspected thief for unlawfully entering his house. Police took the victim to Sally Mugabe Hospital where he was pronounced dead upon arrival.

Meanwhile, a pedestrian died on the spot after he was run over by a car while crossing Tafara Way in Harare on Sunday around 8pm. The motorist did not stop after the accident and police are appealing to anyone with information that might assist with investigations to contact any nearest police station. The Herald