Mystery surrounds the “completely unprecedented” deaths of hundreds of elephants in Botswana over the last two months. 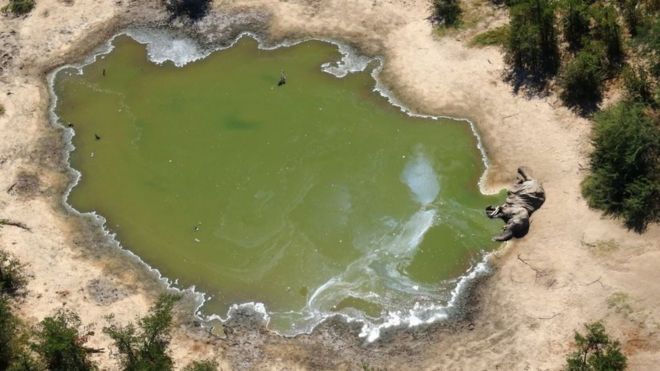 Dr Niall McCann said colleagues in the southern African country had spotted more than 350 elephant carcasses in the Okavango Delta since the start of May.

No one knows why the animals are dying, with lab results on samples still weeks away, according to the government.

Botswana is home to a third of Africa’s declining elephant population.

Warning: Some people may find the following images upsetting

Dr McCann, of the UK-based charity National Park Rescue, told the BBC local conservationists first alerted the government in early May, after they undertook a flight over the delta.

A player agent, spitting at a referee, a one-year…

“A month later, further investigations identified many more carcasses, bringing the total to over 350.” 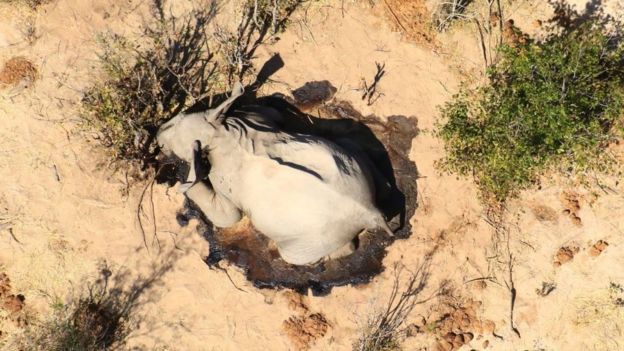 “This is totally unprecedented in terms of numbers of elephants dying in a single event unrelated to drought,” he added.

Back in May, Botswana’s government ruled out poaching as a reason – noting the tusks had not been removed, according to Phys.org.

There are other things which point to something other than poaching.

“It is only elephants that are dying and nothing else,” Dr McCann said. “If it was cyanide used by poachers, you would expect to see other deaths.”

But they have been unable to rule out either poisoning or disease. The way the animals appear to be dying – many dropping on their faces – and sightings of other elephants walking in circles points to something potentially attacking their neurological systems, Dr McCann said. 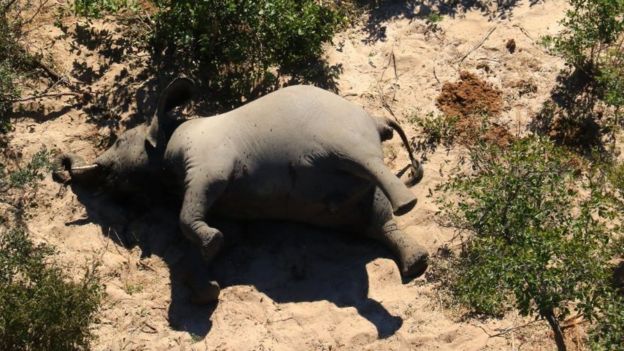 Either way, without knowing the source, it is impossible to rule out the possibility of a disease crossing into the human population – especially if the cause is in either the water sources or the soil. Dr McCann points to the Covid-19 pandemic, which is believed to have started in animals.

“Yes, it is a conservation disaster – but it also has the potential to be a public health crisis,” he said.

Dr Cyril Taolo, acting director for Botswana’s department of wildlife and national parks, told the Guardian they had so far confirmed at least 280 elephants had died, and were in the process of confirming the rest.

However, they did not know what was causing the animals’ deaths.

“We have sent [samples] off for testing and we are expecting the results over the next couple of weeks or so,” he said. BBC News

Attempt to claim credit for Kazungula Bridge backfires for Mnangagwa

Elephants on rampage in Beitbridge