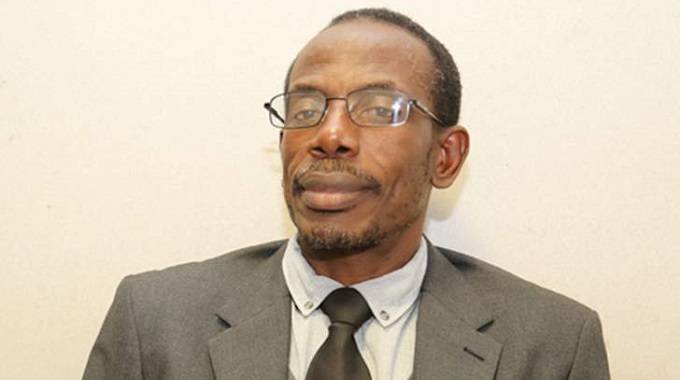 Mr Ngwenya, who assumes duty on July 1, becomes the third substantive registrar after Mr Mhlanga and Mr Michael Kariwo since the university’s opening in 1991.

Mr Mhlanga who retired on April 30 this year after serving the institution for 26 years, joined the university in 1994 as an assistant registrar- admissions and student records before being promoted to registrar in 2009.

Announcing the appointment during a brief ceremony attended by university principal officers and deans, Nust Council Chairman, Engineer Alvord Mabhena said a lot was expected from Mr Ngwenya as he assumes his new role.

“He should help us recreate a new culture for the institution. A culture built on mutual respect and teamwork to enable all of us to put our shoulders on the wheel and move Nust forward,” said Eng Mabhena.

He urged the new registrar to create a conducive environment that gives everybody space to contribute to Nust’s development and appealed to all employees to work hard to improve the performance and rankings of the institution.

“Nust is ranked as number four in Zimbabwe (according to Webometrics Ranking of World Universities) and as chairman I do not accept this. We must do whatever it takes to improve on the university’s rankings.

I am appealing to all men and women at this institution to work on that,” he said.

“I am very pleased to welcome our new registrar. We look forward to doing a lot that still needs to be done to get Nust to the right rankings,” said Prof Dlodlo.

He encouraged Mr Ngwenya to ride on teamwork and learn to delegate as the Registrar’s Office was very busy.

“On behalf of all the teaching staff, we want to give you a warm welcome to the new post. We hope to have cordial relations with you,” said Mr Jona.

In his acceptance speech, Mr Ngwenya said he was humbled to be appointed Nust Registrar.

“It is a humbling experience to be given such a responsibility. I have been part of the team for the past 10 years and I believe we can work hard to turn things around. I have no doubt that we have a strong team,” said Mr Ngwenya.

He said the position of a registrar requires someone who is a listener instead of a talker.

“If we want to be a world class university, we must start doing those things that characterise world classiness. We must keep our stakeholders involved, engaged and allow them to contribute as we move forward,” he said. The Chronicle