A US congressman accused of being a white supremacist lost his re-election and a black woman won the mayorship in a town once ravaged by race riots — possible heralds of change in a nation convulsed by unrest. 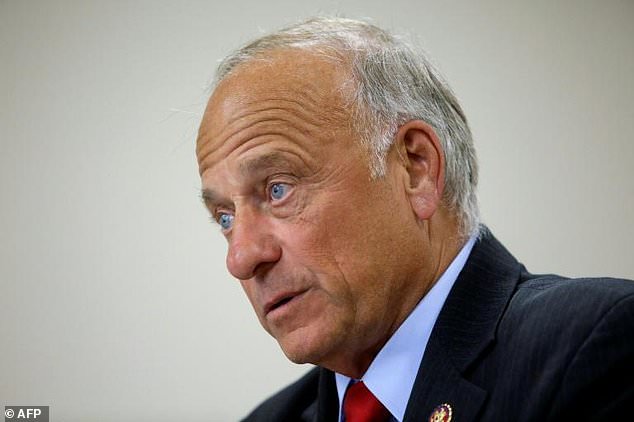 Tuesday night’s elections followed the killing last week of an unarmed black man in police custody in Minneapolis, violence that was caught on video and plunged the United States into tumult, with protests raging nationwide.

Iowa Representative Steve King, a divisive House Republican known for several racist comments over his 18 years, lost his party’s primary race to a state lawmaker who had mainstream party support.

Feenstra would still have to defeat a Democratic challenger in November. The seat has been in Republican hands since 1994 and the rural district is deeply conservative.

King, 71, parlayed his House seat into a platform for espousing his nativist, firebrand views, and to a large degree he foreshadowed the rise of Trump and his brand of political nationalism.

King repeatedly has caused uproars over his unfiltered remarks.

The anti-immigrant congressman’s history of racist comments has made him a pariah in Washington.

Also on Tuesday, the town of Ferguson, Missouri elected its first black mayor, Ella Jones, some six years after the police killing of an unarmed black teenager there set off weeks of protests and helped bring about the Black Lives Matter movement.

The pair of results come as the United States finds itself a nation in crisis, rocked by several days of protests in dozens of cities.

Trump, in a bid to quell the violence, has threatened further military mobilization against the once-in-a-generation demonstrations.

On Monday night federal forces used smoke bombs and pepper balls, painful projectiles that release a chemical irritant, to break up a non-violent protest outside the White House.

Several Republican lawmakers have remained silent about the dramatic and controversial action, but there were some rare GOP voices of concern.

“I did not think that what we saw last night was the America that I know,” Republican Senator Lisa Murkowski told reporters on Tuesday.

Polls show more Americans disapprove than approve of Trump’s handling of the unrest.

Trump is also underwater with voters on his handling of the coronavirus pandemic.

Both issues are expected to be key factors in November’s election, when the presidency and congressional seats are contested. AFP