The trial of gold dealer Baron Dube who allegedly shot and killed a member of a rival mining gang in Esigodini following a dispute, resumed yesterday at the Bulawayo High Court with the accused person trying to exonerate himself by claiming the firearm accidentally discharged. 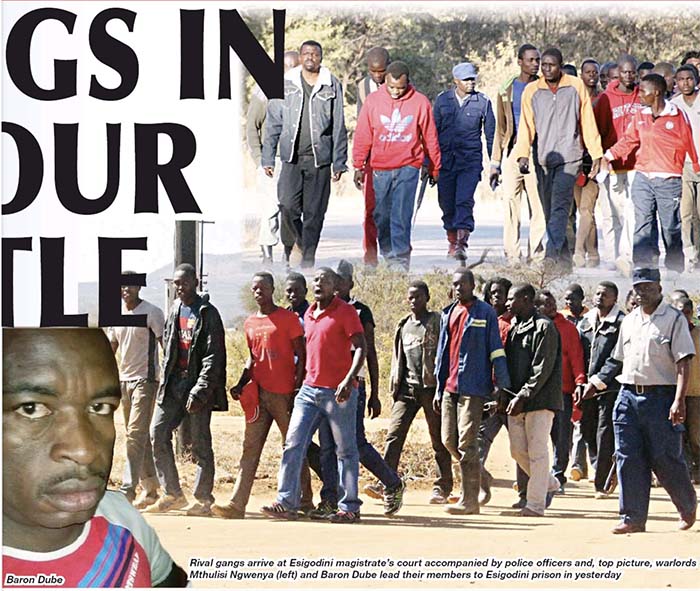 Dube, who is out on $2 000 bail, allegedly fatally shot Bvundura in September 2018 in the heat of a fight over a mining claim at Block 13 Atlas Mine in Esigodini.

The shooting happened at a mine belonging to Mr Tendai Musanangura and Dube said Mr Musangangura had granted him the authority to occupy it. Mr Musanangura however denied granting the authority.

Dube, who is being represented by Mr Leopold Mudisi of Mutendi, Mudisi and Shumba Legal Practitioners, yesterday took to the witness stand and told the court that the firearm accidentally discharged after he stepped on a rock and fell down while fleeing from a mob, which was throwing stones at him while baying for his blood.

“I fell down while trying to run away from the illegal gold panners who were chasing me and in the process the revolver, which was stashed in my shorts accidentally discharged after I fell into a pit. I didn’t realise that I shot a person until the following day when I was approached by police while trying to fill up the pits, which had been dug by the illegal gold panners,” he said.

Dube denied that he opened fire at his rivals during violent skirmishes, claiming he was the victim. He also denied that there was a gold rush at the mine.

“I was fleeing from the illegal gold panners who were conducting illegal mining activities at the mine which I was assigned to occupy by the owner,” he said.

Under cross-examination, Dube failed to justify why he had to arm himself since he purported that his intention was not to fight anyone.

Upon his arrest he was found with a gun loaded with seven rounds of ammunition.

The prosecutor, Mrs Sifiso Ndlovu-Sibanda said on September 26 in 2018, the deceased went to work at Block 13 Atlas Mine in Esigodini in the company of his workmates. On the same day, Dube arranged a gang of about 20 people so that they could disperse everyone and take over the mine where there was a gold rush.

“At about 11PM, the accused person armed himself with two guns, a revolver and a rifle and his accomplices were carrying machetes, axes, shovels and picks. He drove to the mine in his Toyota Land cruiser with his gang and on arrival at the mine, he chased away all miners, claiming he had been granted authority to operate at the mine by the owner,” said Mrs Ndlovu-Sibanda.

The court heard that the deceased, who was part of a group of miners fleeing during the skirmishes, was shot and he died on the spot.

According to the post mortem results the cause of death was gunshot wound, heart destruction and hypovolemic shock.

A State witness, Mr Mkhululi Sibanda, in his testimony last year, told the court that Dube and his hired thugs chased away everyone at the mine, claiming the area was his.

Mr Musanangura also denied giving Dube permission to enter his mining area when he took to the witness stand at the commencement of the trial in November last year.

The trial continues on June 22 with two defence witnesses expected to take to the witness stand. The Chronicle