A taste of sour, sweet and pungent, eye-bulging view with a surge of magnificence and little to no errors, the sound is serene and soulful. In the black Land Rover Defender (Pamwe), sounds of love and African terrain appreciation reverberate in unison with those of the engine as it manoeuvres through the mud, sands and densely populated bushes. 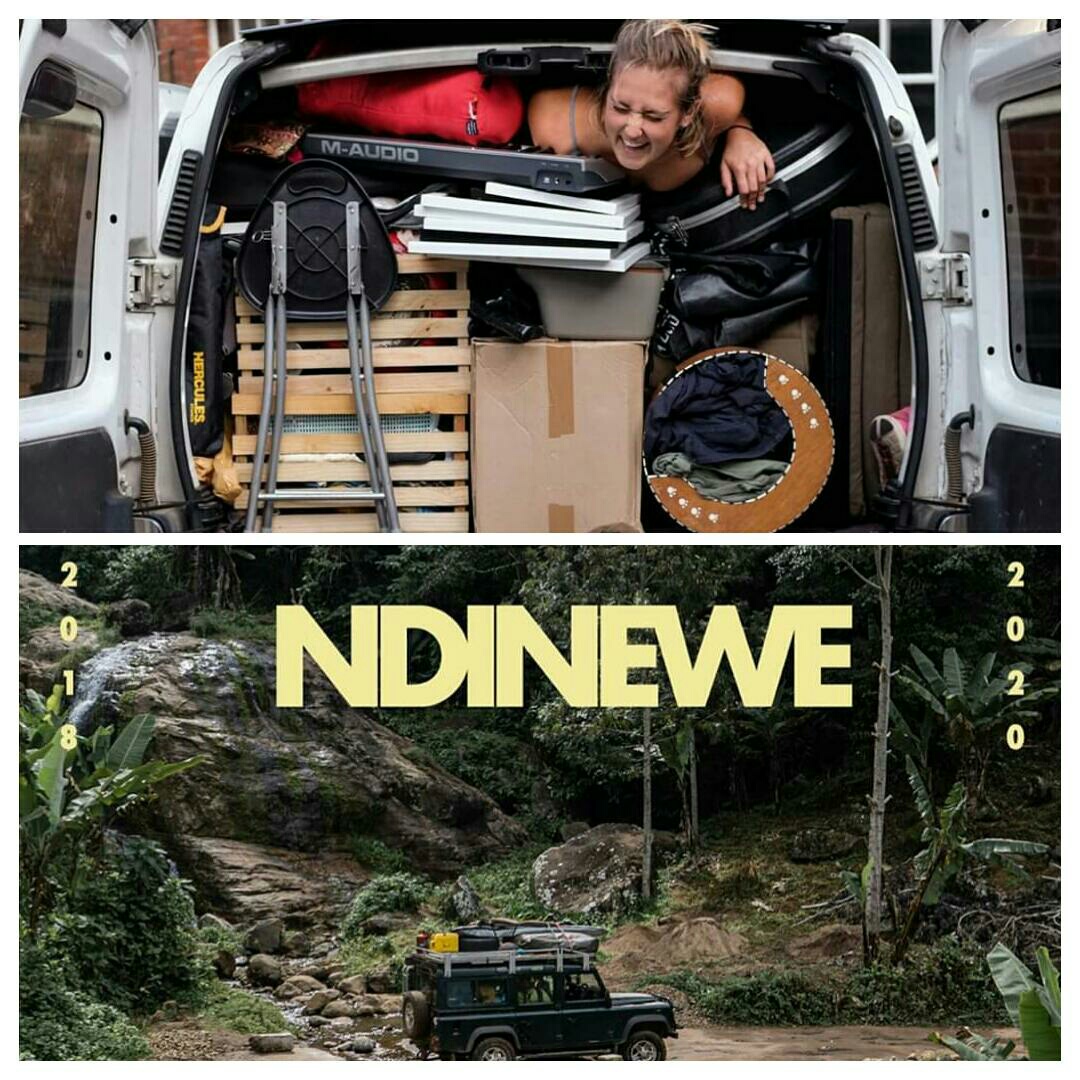 From one African nation to the next through the sands, navigating the paths, from the magnificent mists and showers of Victoria Falls to the tropical Islands of Zanzibar, that is after connecting to a chain of 32 islands off the coast of northern Mozambique and a couple of musical affairs in the mountainous Cape Town.

Once upon a day, Gemma Griffiths started a 500-day journey across Africa, in the Landrover named “PAMWE”. Packed her instruments, studio, and a small box of clothes into the vehicle, and said goodbye to friends and family, to start a project that she had been working on for over a year so far. Gemma, the African ‘Gem’ visited 10 African countries – Zimbabwe, South Africa, Botswana, Zambia, Tanzania, Malawi, Namibia, Kenya, Uganda and Mozambique.

The journey is some sort of pilgrimage as she packs in quest of learning from the incredible music of this continent, composing and trying out different soulful sounds for her debut album ( hint haha). It’s also an experience of learning the world around her and possibly tell the story of a beautiful Africa through music. She travels alongside filmmaker Marc Neilson in their mobile house slash music studio, covering a terrain of over 24 000km in 500 days, and meeting up with a breed of uniquely beautiful African tribes.

Amai Vans as she’s popularly known for her undying love for a pair of vans, is an environmentalist, challenging herself and her fans to a #noplastic campaign in a bid to save the environment from none biodegradable waste. The journey around southern and Eastern Africa injects a pure devotion, not only for the people but the environment they co-exist in and with. Aside, I would guess she toured the entire continent in her pair of vans only. It is that the people need the vegetation and animals and they also need us too.

The acoustic soulful sound of Gemma music is synonymous to her journey around Africa, as it cuts across humanity, connecting tribes and races and nations. The visuals depict joy and a positive mood, a touch of dance there and a pinch of beautiful smiles. This is one of Gemma’s offerings written and composed during the Pamwe drive around Africa, the song is called Ndinewe ( a Shona word meaning ‘I am with you’ – ‘together’ – ‘ co-exist’ ) and connotatively similar to Pamwe. Ndinewe is an introduction to the journey itself, filmed in all the 10 countries, as the filmmaker takes us through the story of the countries in flips accompanied by the sounds of devotion and loyalty of love. Whether it’s a song of devotio to her vans, it’s not known to many.

It’s amazing how beautiful Africa is, the forests, deserts, islands, mountains, falls, rocks and rivers. She shares how amazing Zimbabwe is, home to 83,000 elephants. It is the second most important elephant range state in Africa, second to Botswana who has 130,000 elephants.

Across the border, they journey through the Quirimba Archipelago – a chain of 32 islands off the coast of North Mozambique. Where they had drove 100 days, and took a small boat and sailed into the ocean for their first ever glimpse at the Archipelago islands.

Between Zimbabwe and Zambia, they are met up by spectacular sight of awe-inspiring beauty and grandeur on the Zambezi River, forming the border, the Victoria Falls – The Smoke that thunders.

Let’s get back to the song Ndinewe, it’s a craft of well-blended notes, emotionally whispering a twang of guitar chains, coupled with a keyboard tang. Currently, standing at more than 70K views after just less than 4 days of being premiered, with overwhelming support around the entire continent, the song is already the sound of Africa.

A perfect fit sound to bring together the sound of African countries. There is already a wave of expectation for the coming debut album, which is expected to blend the sounds of different African countries, from Malawi, Tanzania to Mozambique.

Although, the release date has not been announced or hinted yet, there is an intuitive feeling that the sound will be similar to that of Ndinewe, a sound synonymous with Gemma, acoustic soul popping elements of jazz. We can also except various collaborations with artists from around the continent where she worked with different artists.

A journey of a thousand miles begins with a single note. Gemma has a gem of offerings to the African music scene, we await the spectacle similar to that of the African terrain scenery. It’s incomplete to talk about Zimbabwean music without mentioning Gemma, the same goes for the African sound. The sound which cuts across, tribes, borders, races and hills.