Boris Johnson has said he owes his life to the NHS staff treating him for coronavirus. 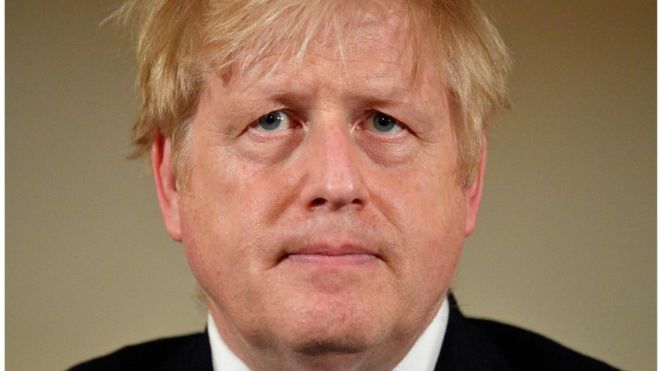 In a statement released by No 10, the prime minister, 55, thanked medics at St Thomas’ Hospital in London, where he continues to recover after spending three nights in intensive care.

It comes as UK deaths from the virus are expected to pass 10,000 on Sunday.

Ministers are continuing to urge people to stay at home over the Easter weekend to curb the spread of the virus, despite warm and sunny weather across parts of the UK.

Meanwhile, Sir Jeremy Farrar, director of the Wellcome Trust – Britain’s biggest charitable funder of scientific research – said the UK was likely to be “one of the worst, if not the worst affected country in Europe”.

NFL player among fraudsters accused of stealing $70 mn in…

Sir Jeremy, a member of the government’s Scientific Advisory Group for Emergencies (Sage), also told BBC’ One’s Andrew Marr programme that a second or third wave of the virus “was probably inevitable” and treatment and a vaccine was “our only true exit strategy”.

He said a vaccine could be available by autumn but it would take longer to ramp up manufacturing to the scale required to vaccinate many millions of people.

“I would hope we would get [that] done in 12 months but that is in itself an unprecedented ambition,” he said.

Asked whether he agreed with Sir Jeremy’s analysis of the UK’s death rate, Business Secretary Alok Sharma said: “Different countries are at different stages of this cycle.”

“What we have done with the advice that we have now set out to people, to stay at home, is precisely because we want to make sure that we have a flattening of the curve, that infection rates aren’t going up, and ultimately people’s lives are being saved,” he told the programme.

“We are starting to see these measures work,” he added, but said it was too early for them to be lifted yet.

In his first public statement since being moved out of intensive care on Thursday, Mr Johnson paid tribute to the medics treating him, saying: “I can’t thank them enough. I owe them my life.”

BBC political correspondent Ben Wright said No 10 did not want to speculate about when the PM might leave hospital or be back at his desk, but a return to work “does not look imminent”.

He said the prime minister was expected to rest and recover in the coming weeks, with Foreign Secretary Dominic Raab continuing to deputise – and to be in charge when ministers carry out a review of the lockdown measures.

Meanwhile, a message posted from the prime minister’s Twitter account wished the country a happy Easter, as worshippers marked the festival from home.

“This year across the country churches will remain closed and families will spend the day apart,” the message said.

“But by staying home, remember, you are protecting the NHS and saving lives”.

The number of new deaths announced on Saturday was slightly down on the previous day’s 980 deaths – but was the second day in a row the figure had been more than 900. BBC News

How the spread of coronavirus is testing Africa

Coronavirus: Ethnic minorities ‘are a third’ of patients