A Champions League match was the starting point for the Europe wide coronavirus pandemic, a top scientist claimed yesterday. 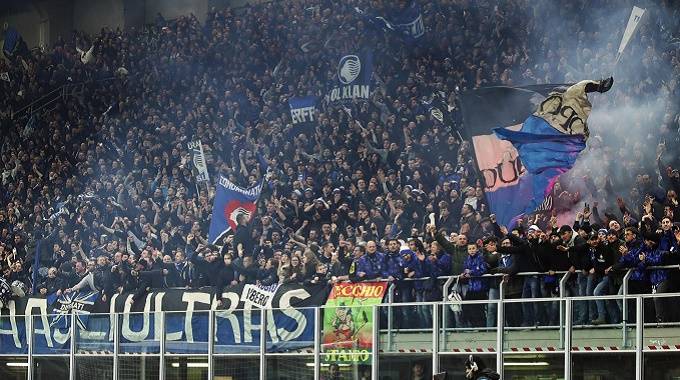 More than 44 000 people travelled to the Atalanta vs Valencia match which was held in Milan’s San Siro last month as the home side’s ground in Bergamo was deemed too small.

Dozens of Brit footie fans also attended the game on February 19 which Atalanta won 4-1 and now both Italy and Spain have more than 70 000 infections between them with the death toll in both countries topping 5 000.

Bergamo is one of the worst affected towns in Italy with 3,800 cases and more than 580 deaths – the cemetery is holding burials every 30 minutes and army trucks were yesterday called in to move the huge amount of coffins.

Immunologist Professor Francesco Le Foche said: “It’s probably that there were several major triggers and catalysts for the diffusion of the virus.

‘’The Atalanta-Valencia game could very well have been one of them. It was the apex of collective euphoria in a unique football season for this club.

‘’A month has passed since that match, so the timing is pertinent.

“The aggregation of thousands of people, centimetres from each other, engaging in manifestations of euphoria like hugging, shouting, all of that could’ve favoured viral reciprocation.

“I have to imagine many didn’t want to miss that game if they had tickets, even if they felt a slight fever.

“With hindsight, it was madness to play with a crowd present, but at the time things weren’t clear enough. It’d be unthinkable now.’’

Valencia have announced 35 percent of their squad and staff tested positive for coronavirus, linking it to that trip to Milan.

And, so far Atalanta goalkeeper Marco Sportiello has tested positive for the deadly bug leading to the entire squad being quarantined.

The area around Bergamo went into lockdown just four days after the game as the number of cases soared.

Bergamo mayor Giorgio Gori has labelled the clash a “biological bomb” and says he believes it caused the spread of the virus in Europe.

He is quoted in Spanish paper Marca as saying: “The match was a biological bomb. At that time we did not know what was happening.

“If the virus was already circulating, the forty thousand fans who went to San Siro were infected.

“No one knew that the virus was already circulating among us.

“Many watched the game in groups and there were lots of contact [between fans] that night.

“The virus passed from one person to another.”

Prof Le Foche, who works in Rome, said it would now be “unthinkable” to have such an event with thousands of people attending given how contagious the virus is.

He said: ‘’At the time the match was played there was still a lot of uncertainty surrounding the virus.

‘’What we didn’t know was just how contagious it was but obviously today we know how quickly the virus can spread.

“Today it would be unthinkable to hold such a large event and that’s why everything has stopped.’’ – The Sun.