Government today started the refurbishment of the National Sports Stadium in Harare following a series of meetings held yesterday. 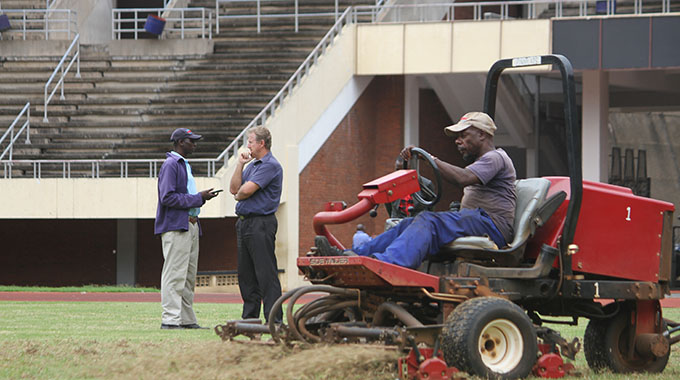 The giant facility, together with all other venues was condemned by the Confederation of African Football prompting Government to pull resources together to upgrade the stadium. 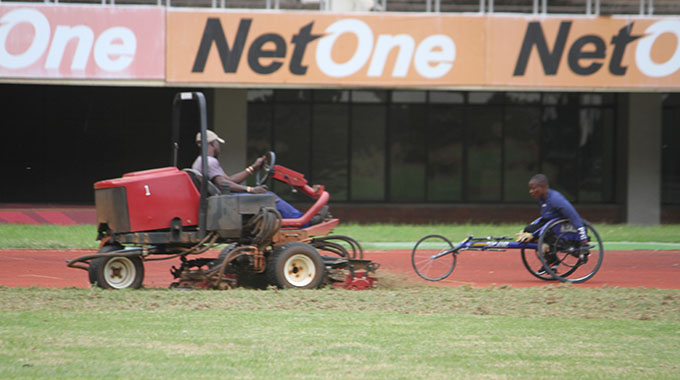 The AFCON qualifying tie between the Warriors and Algeria had been taken away from Zimbabwe and was set to be played on neutral soil but that ban could be lifted after ZIFA lodged an appeal with CAF.

This afternoon we witnessed workmen attending to the playing turf, which is one of the major areas recommended for upgrading by the CAF inspectors last November. Media tribunes, turnstiles, sitting bays, doping rooms as well as ablution facilities will also be attended to.

Information minister Monica Mutsvangwa told journalists after Cabinet met in Harare that “all effort is being made to ensure that the country hosts international matches.”

“Consultations are in progress to ensure that the country’s stadia which fall under different authorities are also rehabilitated to meet required international standards,” she said of council facilities which include Barbourfields, Rufaro and Gwanzura.

Barbourfields Stadium in Bulawayo is reportedly in line to receive $13 million from central government this week to commence a major facelift. The Herald

Letter from America: Can Joe Biden save the Democratic Party from defeat?