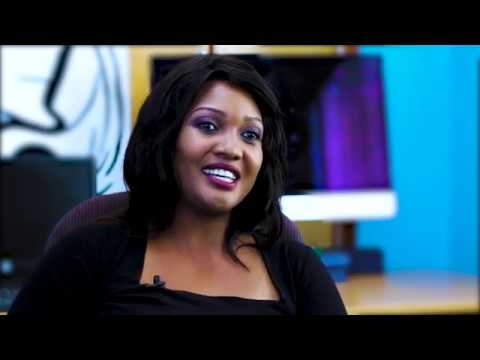 Brita Masalethulini, one of the country’s most successful beauty queens, at the weekend said she had seen a lot of models hurt as they sought to portray an unrealistic image based on society’s perceptions of beauty.

Reflecting on her long successful modelling career during which she was decked with the Miss Zimbabwe and inaugural Miss Malaika crowns, Masalethulini said she had always projected her true self to people.

“During my career as a model… nobody had really taught me about being a public figure, so the expectations that the public might have were unrealistic,” she said in a YouTube programme dubbed Truth Behind Zimbabwe Modelling Industry: Brita Masalethulini Speaks.

‘There’re better women than me’

When a farm girl was crowned Miss Malaika

“They are looking for a person that is basically science fiction. You are always expected to look on point even when you are not feeling like it.”

The former Miss Zimbabwe took viewers down memory lane as she reflected on her successful career on the ramp and the challenges she had to deal with.

The 41-year-old beauty, whose striking looks seem to have defied the test of time, said because of the unrealistic notions, people struggled to understand that beauty queens were just “normal human beings” who took up a certain responsibility.

“I started to sell myself as a real individual, Brita, the tomboy in me came out, the sense of humour, the artistic side of me, because I am an artist, I paint abstract stuff so I said people need to buy who I am and accept me as I am,” she said.

“We tend to then set a standard and people buy that. I freed myself from pre-conceived notions of what a beauty queen should be… I don’t need to put on a façade or to pretend that I am something that I am not.”

She said a lot of people had fallen, got hurt emotionally and spiritually as they tried to attain something that was unattainable.

Her major lesson over the years, she said, has been that people needed to be real.

“I am happy to be on the right side of 40, because now this is where life’s experiences have come in, taught me a lot of very valuable lessons,” she said.

Masalethulini said becoming a supermodel was accidental following a casual suggestion from a friend although she felt she could not match the glamour and elegance needed. That was after Angeline Musasiwa had come fourth at the Miss World pageant.

“She had excelled and raised the bar, setting the standard … so glamorous, so elegant, a far cry from what I was,” Masalethulini said.

She recalled how her mother was not too keen on having her participate in modelling, which she said had “been associated with loose morals and, again, my mother wanted to protect us and it came with a lot of convincing…”

But the weight of history seemed to back Masalethulini as she came from a family of models. Her late grandmother was Miss Kimberly in South Africa, while an aunt was former Miss Rhodesia so it was there “somewhere in the bloodline”.

She rolled off her tongue some of the amazing women that inspired her, including the entrepreneurial Kubi Chaza and the first black Miss Zimbabwe, Shirley Nyanyiwa Chingoka.

“This was the calibre of women we wanted to become. They were solid, they were grounded, they were beautiful, they were elegant,” she said.

“Kubi did a cameo role on a James Bond movie. It’s possible…”

Having repackaged herself as a businesswoman after life on the ramp, Masalethulini said growing up under the strict discipline regime of her parents served her well during her time as a model in an industry where principles and values mattered.

“We have seen sad situations of girls who compromise themselves because they feel that is the only way they can get ahead. It’s not necessary. Work hard and do what is necessary and you will get your reward,” she said. NewsDay

‘There’re better women than me’

When a farm girl was crowned Miss Malaika