Two illegal miners died last Wednesday evening while a third escaped with injuries in yet another mine collapse incident in Kwekwe. 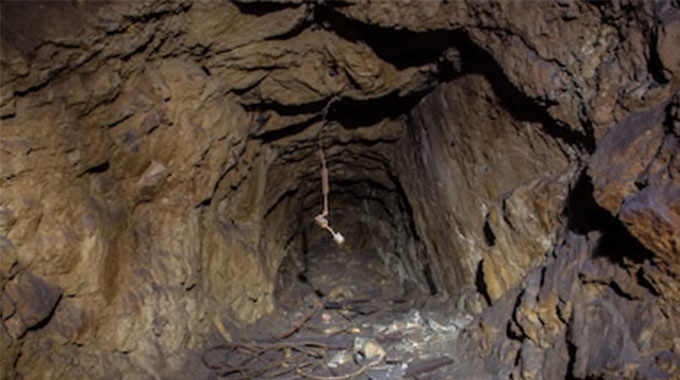 The fatal accident comes a week after the Globe and Phoenix Mine accident which left three illegal miners dead and more than 20 others trapped underground before they walked to safety.

The latest mine disaster occurred at Mosi Mine, a few kilometers outside Kwekwe Central Business District, along Kwekwe-Harare highway.

“I can confirm that two people were killed when a tunnel at Mosi Mine collapsed. The third one escaped with minor injuries and was rushed to Kwekwe District Hospital where he was treated and discharged,” said Chief Supt Mubaiwa.

He said the three illegal miners entered a disused mine tunnel before disaster struck.

“There are many tunnels at the mine and the three had sneaked into a disused tunnel where they were panning illegally.

“When they went underground, the two, who are now deceased, followed one tunnel while the one who escaped went the opposite direction,” said Chief Supt Mubaiwa.

He said upon hearing the sound of falling debris, the injured illegal miner rushed to the scene in an attempt to rescue his colleagues.

“The debris kept falling and he had to rush out before he could rescue them as he feared for his life.

“He then rushed to alert others who in turn alerted the police. The bodies have since been retrieved,” said Chief Supt Mubaiwa.

Meanwhile, Chief Supt Mubaiwa has dismissed as false reports that illegal miners were still trapped underground at Globe and Phoenix Mine.

He said three illegal miners were confirmed dead after a boulder fell on them.

“There are no more miners trapped underground. Police working together with other rescue teams conducted a thorough search at the mine and no bodies or people were found there,” said Chief Supt Mubaiwa.

He said besides the search, a survivor also confirmed that all the people had been accounted for.

“We interviewed one of the survivors who told us that they were five when they went underground,” said Chief Supt Mubaiwa.

Social media and other media platforms were awash with information suggesting that there could be more people trapped underground when the mine tunnel collapsed last week. The Chronicle