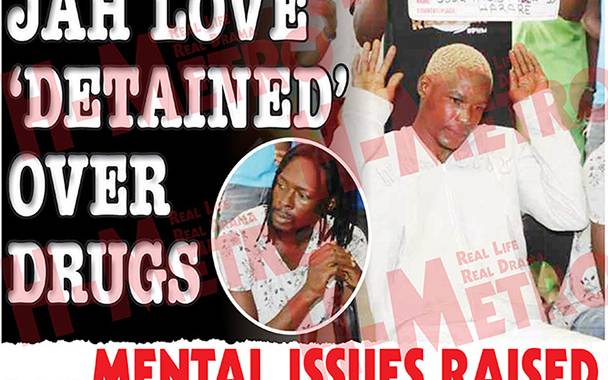 Soul Jah Love has been reportedly admitted at Yadah Hotel for rehabilitation after taking his drug abuse fight to Prophetic Healing and Deliverance.

Social media was abuzz yesterday with critics saying Soul Jah Love had taken the wrong route while others felt his decision ought to be respected.

Close sources say the musician is having mental challenges – presumably from drug abuse – hence the reason to have him at the hotel to recover under close monitoring.

According to a close relative, each time the singer takes alcoholic substances, he turns violent losing his mind in the process and destroying property. 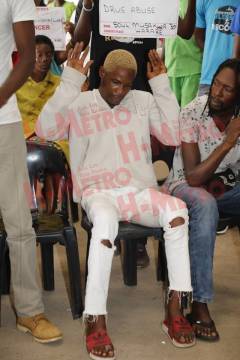 The 30-year-old appeared on Yadah TV on Sunday whilst in the prayer-line seeking help from Prophet Walter Magaya.

The latest attempt to rehabilitate Soul Jah Love comes after several attempts to ‘heal’ him using different methods failed and there are no guarantees he will abide to PHD ways of dealing with his problem.

It could also not be established why the chanter has opted to take his problems to PHD as opposed to more medically conventional methods of dealing with drug abuse challenges.

When he appeared during the church’s live screening, Chibaba as the singer is known to his legion of fans, had a banner inscribed “Abdominal Infection, Drug Abuse”. 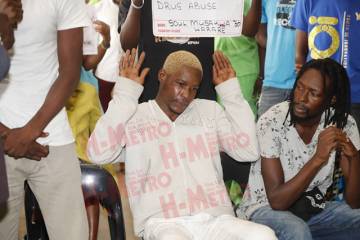 He was in the company of his brother Nigel when prophet Magaya queried his return to the church’s prayer line after his leg was attended to in recent years.

“I discovered that he started taking a new substance since the 1st of February.

“He wasn’t eating properly and as a known diabetic patient he was also failing to monitor his diet.

“I took him to go see a doctor who said he was affected by an uptake of contaminated water,” said the brother.

He said the Ndini Uyauya singer needs urgent help and seems to be giving up on life. 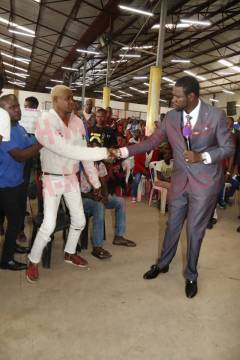 “He has all of a sudden turned violent and is destroying property at home, he seems to be giving up on his life,” narrated the brother who added that the musician is sometimes losing his mind.

The Conquering Family boss is on record admitting to taking cocaine, broncleer (cough syrup) and marijuana but claimed he was on the road to recovery.

His visit to Prophet Magaya’s PHD Ministries confirms that his fight against substance abuse is far from over. 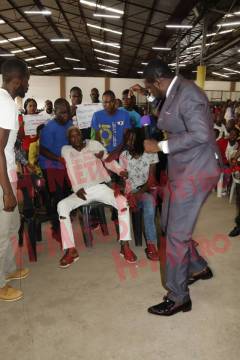 The entertainer’s visit also follows that of his ex-wife Bounty Lisa who is battling Lipoma cancer with a growth on her right hip.

When he last attended PHD Ministries and got help for his leg which faced amputation, Souljah Love penned down a song dubbed ‘Zvandasangana Nemunhu waMwari’ featuring the church choir. H-Metro