Two victims of armed robbery who lost more than US$20 000 and two vehicles said the perpetrators knew their targets. 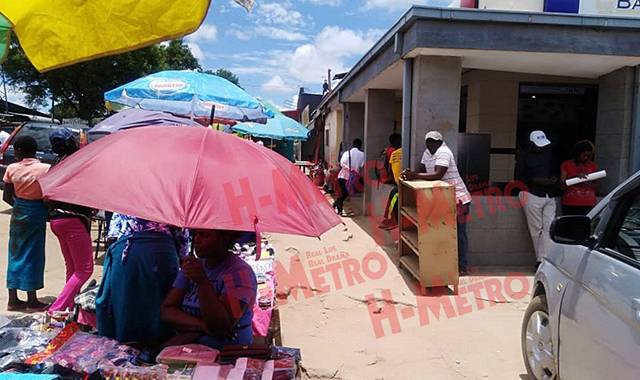 One of the victims, identified only as Tafadzwa, who lost his Toyota Allion, 9mm pistol, two cellphones and US$15000 told H-Metro that the robbers came in their numbers, in masks and targeting money suppliers.

“The robbers were targeting people who supply cash to money changers and their timing showed that they were targeting myself, Simba and Jairos,” said Tafadzwa.

“We were about to feed our runners with cash when a Toyota Hilux with no registration numbers blocked the way since there is one exit at this area.

“They came in their numbers dressed in work suits and covering their faces with masks and they had guns.

“I was not given time to arm myself since I had a gun in my vehicle and they took my car, and cash amounting to US$15 000.

“The attack was so calculated, fearful and straight to their targets that people were not given a chance to come to their senses and I want to believe the robbers were highly trained.

“The robbers showed that they know me as a money supplier and I am a transport operator with several Lorries here in Chitungwiza,” said Tafadzwa.

Another victim who is an ex member of the uniformed forces said he was among the first to be ordered to lie down.

“I sensed danger when two men came here asking some questions pretending as if they wanted to change their money,” said the victim.

“I want to believe that they were part of the advance team which was informing the armed robbers and used as point of target when they arrived at the scene.

“I lost US$7000 and was ordered to lie down after they fired gun shots in air and I had to crawl under the vendors’ stalls for cover.

“I later rushed to close my shop which is next to Chicken Inn where I found some vendors lying down for cover.

“One of the people we suspect was among the robbers remained at the scene and is the one who misdirected us on the route taken by the robbers and we ended up in Epworth,” he said.

One Simba sustained injuries on his head and arms when the robbers pounced on him but he could not be reached for comment.