Dynamos coach Tonderai Ndiraya says the way his side played last season was not anywhere near what the Dynamos faithful expected. 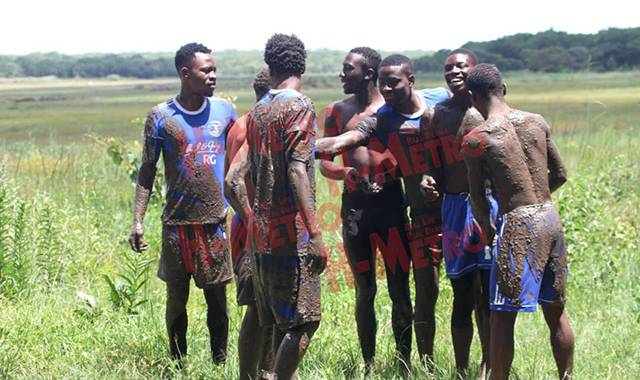 He attributed the shambolic performance to a poorly assembled squad.

Most of the players failed to live up to expectation while some were sidelined for some time due to injuries but the young coach is determined to avoid the pitfalls of last season in the 2020 PSL season.

Speaking on the sidelines of a team building exercise that was held at Lake Chivero, Ndiraya said pitfalls of last season can only be rectified by being meticulous in the recruitment process.

DeMbare yet to release players

“We took a look at where we are coming from, our performances last season; and it is against that background that we went on a recruitment path to try to beef up our team. We did not perform to the levels which are expected from us by the Dynamos faithful which really prompted us to take the route that we have taken.

“I was very clear last season that we did not have enough quality in our team last season and that cost us valuable points, we had to act this preseason,” he said.

“We have brought in quite a number of players in all the departments to try and strengthen the team and give the team the new face that it needs. I think we also need to understand that we had to run around but we were a bit late in terms of invading the market.

“But of course I also said it in my previous interviews that we were competing against teams with financial muscle and these teams got into the market first to do business. However, we also had some alternatives, that is where we quickly rushed to.

“I am elated that apart from the alternatives in other departments of the team, we also went for the players who we thought were good enough to play for our team this year. The process has not been finished yet, we are still to bring some more players to bolster our attack, but I think what is of interest is the balance which we sought to have.

“We have recruited young players if you remember at the start of the season we recruited a few youngsters from FC Platinum’s development side and we promoted a few youngsters from our Division 2 side and I must admit that our development side managed to produce quite a number of good players and credit should go to coach Norman Taruvinga who is heading that side’s technical department.

“These youngsters are definitely going to give us some options this season. Amongst the youngsters we have Tinotenda Chiunye and I think we all know what the boy can do. He was at ZPC Kariba last year and he gave a lot of teams a myriad of problems whenever he played so we felt that if he comes to join us he can quickly make a name for himself and move forward with his career,”he said.

Ndiraya admits that he had to retain a few youngsters from the team that did not play well last season.

“We have retained the Aces Academy duo of Emmanuel Jalai and Jarisson Selemani. We saw how these boys performed last season. They exuded so much potential and can only do better this season. Tinotenda Muringai and Kudzanai Dhemere are also among the youngsters that we have retained at Dynamos.

“We have also brought in experienced players like Sylvester Appiah from ZPC Kariba ,Byron Madzokere from Yadah FC ,Partson Jaure from Manica Diamonds ,so it is that balance we needed to achieve as we blend the rookies with experienced players in our central defence where we think we did well last season.

“We are really satisfied and believe that we will have good competition in all departments this coming season. A number of players have come in to strengthen our midfield but it is the attack that we are looking at now before we close off our recruitment exercise.

“This is what we have done this year and we are happy but obviously as a coach you are never satisfied you always want more quality but these boys have come to a big and difficult institution where good results are expected always.

“This team building exercise we have come for will surely set the tone and foundation for the boys to put in big performances this season. Dynamos FC is always about having a big heart and this is what we are trying to inculcate into these players,” he said. H-Metro

DeMbare yet to release players