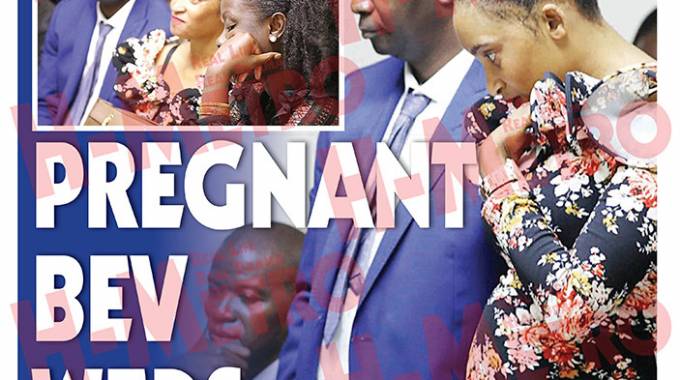 She married Chambuka Mufudzi (43), who claims to be a medical doctor in the UK although online evidence suggests he is actually a psychiatric nurse.

Bev, popularly known for her raunchy dances, caused a stir at Rotten Row despite attempts to avoid attention.

Sibanda was dressed decently in a floral formal long sleeved dress and her husband dressed in a blue suit. 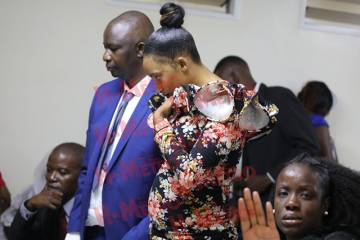 Bev was seemingly unfazed by the H-Metro camera during the ceremony. However, the newly wedded couple left the court separately in a bid divert attention.

Meanwhile, Bev’s manager Hapaguti “Hapaz” Mapimhidze reckons the raunchy dancer has silenced her doubting Thomases after she tied the knot with her UK based lover.

He likened Bev to a ‘miracle baby’ after she tied the knot with Mufudzi Chambuka yesterday at the Harare Magistrates’ Court.

Bev’s court wedding has since sent the social media overdrive as dancer is been widely linked with several men. 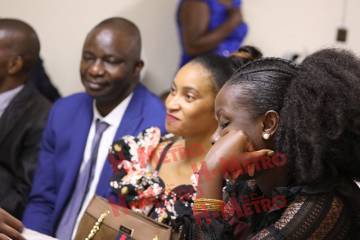 Many had written her off as a “hothead” while others were of the opinion she was a loose woman.

Bev has over the years been linked with several prominent people including footballers, top musicians, music promoters and foreign-based business executives.

However, her manager and most trusted lieutenant – Hapaz – said Bev was just waiting for her tome to come.

“I have known Bev for a while and for the past 11 or so years that I have been managing her affairs, our chemistry grew beyond words.

“I consider her for my daughter because I have been managing both her career and personal life.”

Speaking on Bev’s ‘bad girl’ tag, which she carried for the better part of her career, Hapaz said the Sexy Angels boss has proved a point that nothing is impossible in life.

“I know you have been writing her controversies but this time around I think you now have good news to write about.

“She has proved a point that true love still exists as is the case with Bev and Mufudzi,” he said.

Asked why the marriage has been a long kept secret, Hapaz said:

“In life there comes a time when privacy is needed because at times lack on it may jeopardises a lot of things in life.

“By the way, Bev and Mufudzi have been dating for a while and the two would chat over the phone.

“Three weeks ago, Mufudzi paid lobola to Bev’s family and he will be returning to the UK mid-February.

“The lobola ceremony went according to plan and we are glad their marriage was blessed by elders.

“The wedding thing was fast tracked because he wants to finalise the paperwork before he returns to his base.” 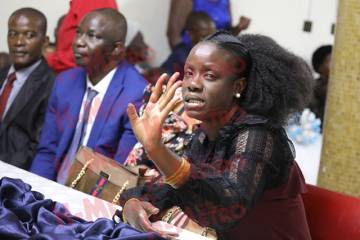 “From what I have gathered, Bev will continue dancing as long as she still has the energy.

“Her husband was aware of Bev’s profession before they married and he is a responsible man who respects his woman.

“He has been sponsoring some of her tours and we are glad that they genuinely love each other.”

On why Bev opted to settle with a little known man when she had been linked with several prominent people, Hapaz said:

“It appears some people wanted to waste her time but as I indicated earlier on, she was just waiting for the right time to come.

“She would tell me of every person who dated her and I would give her advice as a father figure to her.

“We have been to Magaya’s church where other people were after her and we have also been to foreign lands but Bev was not tempted.”

Hapaz appealed to Bev’s past ‘boyfriends’ to leave her alone as she starts a new life.

“I urge people to respect Bev’s privacy especially some of the man who can lot let of the past.

“I will urge her to continue praying for her marriage because it is bound to be tested.” H-Metro