Vice President Constantino Chiwenga has lost his battle for custody of the children and his attempts to deny estranged wife Marry Mubaiwa access to their Borrowdale Brooke mansion.

In a dramatic turn of events the court has ordered him to return the children within 24 hours and to allow Marry access to their home in the Brooke and also access to their cars.‬

There are some reports suggesting that Marry had gained custody of the couple’s three children on Friday last week, as part of an initially agreed out-of-court settlement, but this later aborted after Chiwenga made a dramatic volte-face on Monday.

There were frantic negotiations between the Chiwenga and Mubaiwa families for an out-of-court settlement of their nasty divorce case to stem the tide of embarrassing accusations coming from both sides. The couple have accused each other of violence, drug abuse and witchcraft.

Zhuwao turned down advances from Chiwenga to get him to…

VP Chiwenga pleads with striking nurses to go back to work 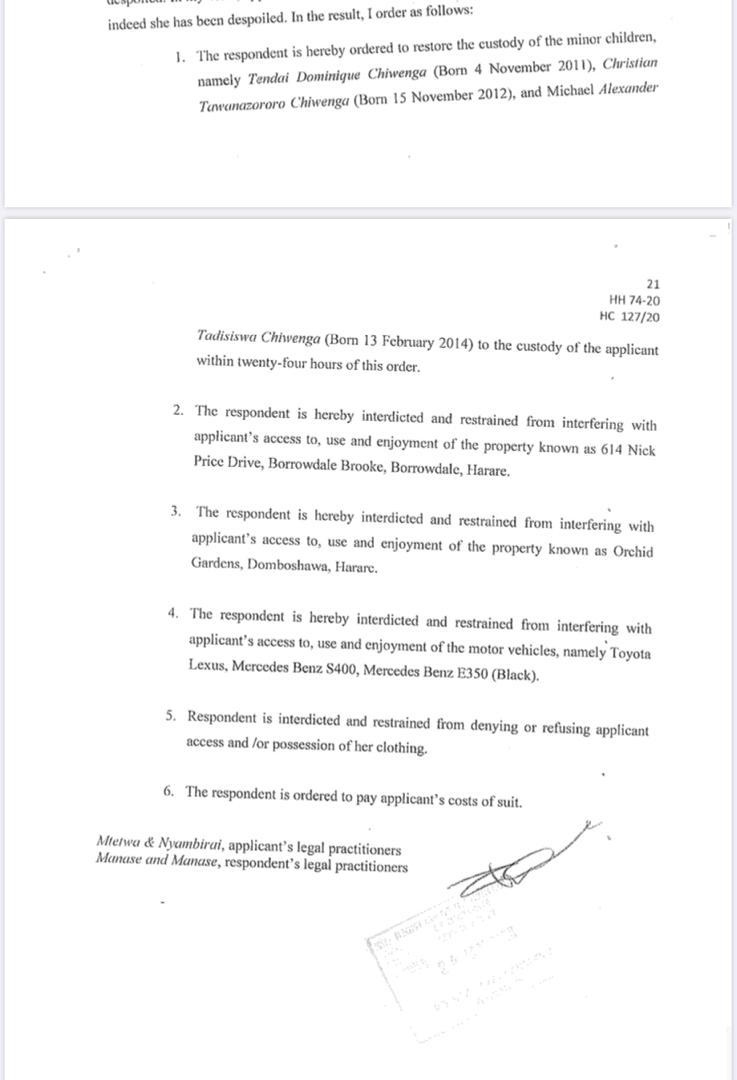 Chiwenga secretly brought back Anjin from China after medical trip

VP Chiwenga pleads with striking nurses to go back to work

‘With this appointment, Mnangagwa is plotting Chiwenga’s public…