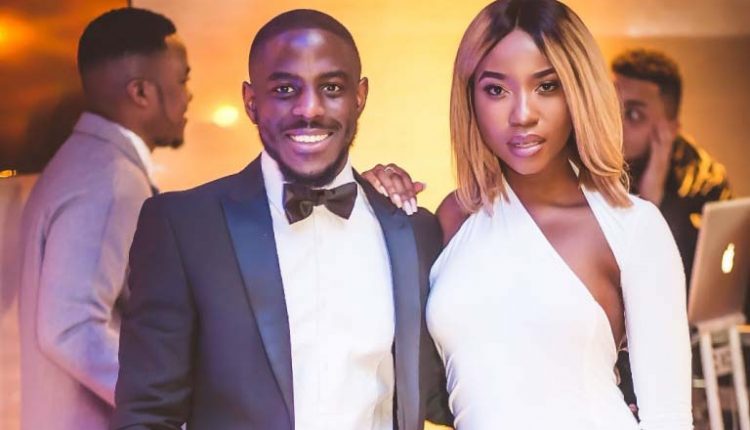 Varaidzo Kativhu (Miss Varz), a 21-year-old Zimbabwean student who is studying Classical Archaeology and Ancient History at Oxford University and has amassed over 91 000 subscribers on her YouTube channel, was among various young Zimbabweans who were honoured in the UK.

The big winner on the night was acrylic painter ‘Lavish Too Nice’, a talented artist with a brush who won three awards on the night. A few months ago he did a painting of Enzo Ishall on a pair of sneakers that he gave to the Zimdancehall artist when he came to the UK for a show.

Gerrard tells Nakamba to fight for a place in his Aston…

Lavish has also won acknowledgement from the likes of UK rappers Stormzy, Michael Dapaah (Big Shaq), Coach K, Krept, Sneakbo among others. Another winner was Zimbabwean music producer Rodney ‘Rymez’ Hwingwiri who has made hits for British rapper/singer Stefflon Don.

The awards, which last year brought singer Baba Harare as their headline performer, were set up to celebrate and recognise exceptional young Zimbabweans in the UK.

The award for Upcoming Musician of the Year was shared between ZimChild and Vimbai Rose, the daughter of the late singer Culture T, (member of reggae outfit Transit Crew). Culture T died in the UK in 2006 and Vimbai’s mother used the time for her speech to remind the crowd of his legacy.

Male Entrepreneur of the Year
Lavish Too Nice*

Media Personality of the Year
Gearbox*

DJ of the Year
DJ Fistoz*

Event Organiser of the Year
Grillyard*

Business of the Year
Mama’s Kitchen*

Dancer of the Year
Dance with Joe*

MUA of the Year
Beauty with Taffy*

Rising Star of the Year
Lavish Too Nice*

Fashion Brand of the Year
Lavish Too Nice*
Afrokini*

Sportsperson of the Year
Marvelous Nakamba*

The awards are the brainchild of multi-talented media personality Korrine Sky. She is not only a Brand Ambassador, Fashion Blogger, e boutique owner but she has now taken up being a DJ.

Inspired by the motto “Our youth is our future” the purpose of the awards is to create a sense of responsibility, innovation and creativity among young Zimbabweans in the UK. Nehanda Radio

Eddie Cross: It cannot be Business as Usual in 2020

Gerrard must give ‘outstanding’ Nakamba a ‘lifeline after huge…

Nakamba to ‘remain at Aston Villa’, reportedly set to extend his contract