A Guard Alert security detail who was manning an Econet Wireless Shop in the city has committed suicide after he shot himself once in the head in unclear circumstances. 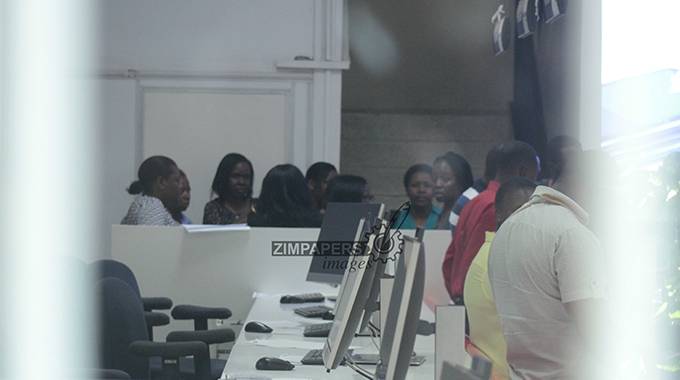 The incident occurred at around 5pm at the shop which is at the Intersection of First Street and George Silundika Avenue, a stone’s throw away from a ZRP Police Base along the street.

Although the details are still sketchy, sources said the security guard was questioned by Econet officials over some cellphones that recently went missing.

Others alleged that he was facing some financial problems. According to witnesses the security guard only identified as Nyamadzawo shot himself in a toilet at the shop.

Several people who were in the shop and others who were outside, including vendors, scampered for cover after hearing the gunshot.

One of the vendors said, “We were outside the shop when we heard the sound of the gunshot and we ran for our dear life. We later discovered that a security guard had shot himself inside the toilet that is on the first floor of the shop.”

Police attended the scene. National police spokesperson Assistant Commissioner Paul Nyathi said he was still checking the details of the case. The Herald