A Bulawayo man is battling for life at the United Bulawayo Hospitals after he sustained severe burns following an electric shock from a high voltage overhead cable while attempting to steal copper cables in Colleen Bawn. 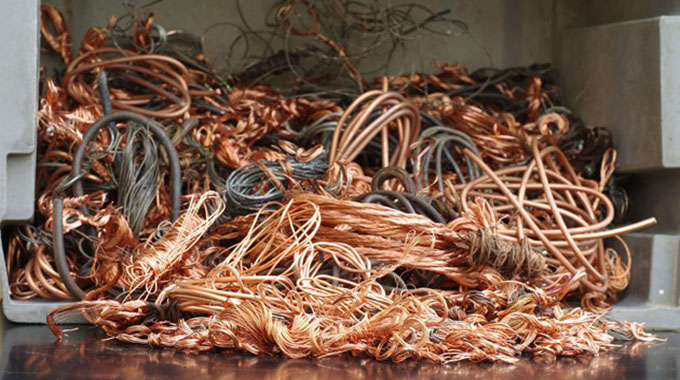 He said Albert Moyo (29) of Cowdray Park suburb in Bulawayo was assisted by a police officer who ferried him to Gwanda Provincial Hospital in Gwanda where he was later referred to UBH.

“I can confirm that we recorded an incident of a man who sustained severe burns while attempting to steal Zesa copper cables in Colleen Bawn. Albert Moyo is suspected to have staggered to the main road where he was assisted by a police officer who was passing-by who ferried him to the hospital. He was naked as all his clothes were burnt,” said Chief Insp Ndebele.

He warned culprits vandalising Zesa infrastructure that the hand of the law would soon catch up with them.

Chief Insp Ndebele said by stealing copper cables the culprits were not only hindering development in the country but they were also putting their lives at risk.

“These activities by copper cables thieves are a great hindrance to development in the country. A lot of economic activities need power and therefore disruption of power supplies impacts negatively on productivity,” he said.

Gwanda Provincial Hospital acting Medical Superintendent, Dr Rutendo Manyati, said the hospital referred Moyo to UBH for specialist management. She said Moyo was in a stable condition when he left the hospital but his life was not out of danger.

Dr Manyati said Moyo sustained plus or minus 30 percent burns which were a mixture of superficial and deep.

When the Chronicle news crew visited the hospital, Moyo was groaning in pain.

He could hardly keep his eyes open and was speaking with great difficulty saying he wished to die because of the excruciating pain. The Chronicle