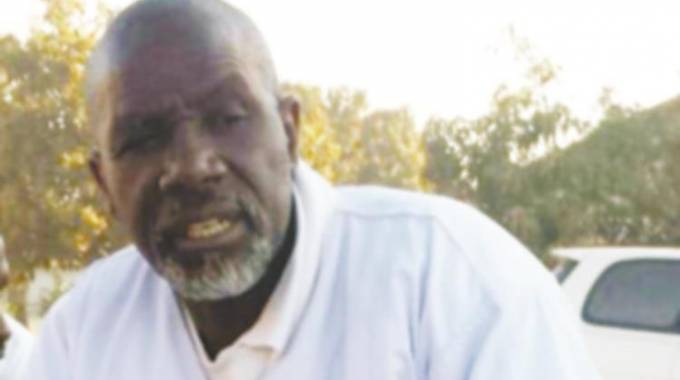 The apostolic sect has been plunged into mourning following the death of a popular Johanne Masowe eChishanu leader, Madzibaba Edward Manyara.

Madzibaba Manyara was one of the sect’s five-man leadership team.

Popularly known as Madzibaba Edward, the apostolic sect leader died on Monday upon admission to The Avenues Clinic after he was involved in an accident near Mr Maplanka’s timber yard along the Harare-Bulawayo Highway.

Witness in mapostori violence case accused of ‘cooking up’…

Family spokesperson Mr Krebe Kaeruza said the death was not only a loss to the family, but to the church as well as he commanded a huge following.

“The car he was travelling in overturned and he was thrown outside the vehicle. He was rushed to hospital where he died upon admission,” he said.

Madzibaba Krebe said Madzibaba Edward’s body would be collected tomorrow from a city parlour and lie in state at his Westlea home today.

The body will be taken to his Centenary farm where it will again lie in state ahead of burial on Friday.

Madzibaba Israel born Israel Muhana, who is one of the sect’s leaders, described the late Madzibaba Edward as a humble measured man who had respect from the people he led and society at large.

His spiritual work saw him drawing a large following.

“He was a unifier, peace loving and one of the great preachers. His death is a great loss to us and the nation at large particularly those who came for spiritual blessings and healing. The workload he carried on his shoulders was so great, which makes it hard for us to find his replacement.

He left a legacy that we should remain in God’s presence and never fight each other,” he said.

Mrs Beverly Warara, the late Madzibaba’s banker, said: “I knew him as my client and a farmer. He was a man who believed in hard work and not in begging. I have also heard of other testimonies that he encouraged people to work with their hands,” she said.

A brother to the deceased, Mr Fibion Manyara said he was devastated by the untimely death of his brother.

“He would consult, his death came as a shock to us and up to now we are failing to come to terms with reality that he is no more. He was a loving father, brother and a pillar of strength to the family, he said.

Madzibaba Edward is survived by his two wives and 11 children.

Mourners are gathered at his Westlea house. The Herald

Witness in mapostori violence case accused of ‘cooking up’ evidence