At least 2 000 families have gone for paternity tests at the National University of Science and Technology (Nust) Applied Genetics Testing Centre since last year, a development that proves that genetics technology is no longer a preserve for the rich. 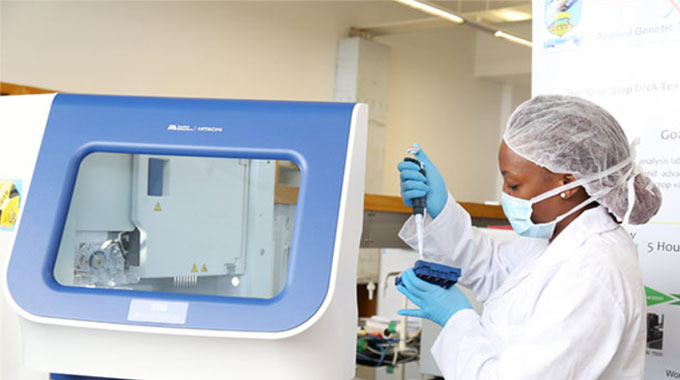 The Nust DNA lab has been operational since 2015 and it previously said 30 percent of paternity tests conducted at the lab had exposed some women as cheats.

“Our DNA testing has been focused on human identification including individual DNA profiling and data basing, establishment of parentage and other biological relationships as well as forensic applications including sexual assault (rape) cases. DNA-based paternity testing has been the most popular service, to date we have tested over 2000 families coming from all corners of Zimbabwe,” Mr Dhlamini.

“Before the establishment of the AGTC, the Zimbabwean public was dependent on laboratories in South Africa and the United Kingdom for DNA testing, a scenario which made the technology of genetics analysis expensive and unreachable to the Zimbabwean population which then remained behind in the utilisation of this ground breaking technology in justice, medical and agricultural systems.”

He said the AGTC DNA lab has also been involved in projects of national importance such as identification of victims of mass disasters.

Mr Dhlamini said they are in the process of identifying 150 Cyclone Idai victims that were buried in neighbouring Mozambique.

“We have also helped the police and Government pathology services to identify victims of mass disasters where people are burnt beyond recognition or their bodies are dismembered. We can match various body parts to facilitate individual burials and thus avoid mass burials.

“We were engaged to identify about 150 fellow Zimbabweans who perished in the Cyclone Idai disaster and were buried unidentified in Mozambique. We have collected reference samples from the relatives of missing persons and are awaiting for a go ahead and funding from the government to identify the victims and bring the most needed closure to their surviving relatives,” he said.

“Gone are the days of having a tomb of unknown soldiers, we are now equipped to identify any remains of our service personnel. The Public Service Commission can also take advantage of our services and establish a DNA database for all its employees to do away with so called ghost workers and nepotism where people employ their relatives without disclosing existing relationships.”

Mr Dhlamini said they were in talks with the Zimbabwe National Parks and Wildlife Management Authority (Zimparks) on how to protect endangered species. The Chronicle