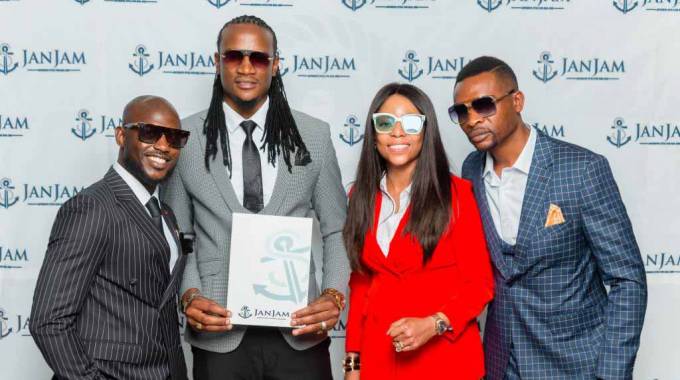 In May this year, French fashion conglomerate LVHM announced its partnership with Rihanna in the creation of a luxury brand to be based in Paris – sending the fashion industry into a frenzy.

The partnership is reportedly worth hundreds of millions. These kinds of relationships between top celebrities and fashion labels or chain fashion stores are not new.

Talk of South African rapper Nasty C and his deal with Redbat or Migos and their business with Gucci – the trend is the same. In Zimbabwe – Jan Jam Fashions last week broke new ground when they announced, at a packed Press conference in Harare, that top musician Jah Prayzah was going to be the new face of their clothing chain.

Just a few years ago – both brands were start-ups in their respective fields, with Jan Jam stuttering in a single tiny shop in Harare while Jah Prayzah received a pittance curtain-raising for most artistes that now look up to him. In an environment that many say is not conducive for growth and is stifling economic activity, many are wondering just how these two managed to pull off such a deal.

The Sunday Mail Features & Entertainment Editor Mtandazo Dube (MD), caught up with Jan Jam Fashions executive director Cynthia Bizure-Sithole (CBS) for an insight into the deal that has shaken the showbiz industry.

MD: You dress all kinds of Zimbabweans. But it seems you have a special relationship with showbiz personalities. What do you see in the arts sector that interests you so much?

CBS: Of course, there is an obvious catch, which is the reach that celebrities afford a business such as mine. They have millions of followers. That is why Nike designs shoes specially made for Cristiano Ronaldo. They know the world’s eyes are on the superstar’s football kicking feet.

It is the same for us. When we work with our local stars, they can reach millions. However, for me things have changed a bit. It is no longer strictly about business. I feel an attachment to these artistes and the sector as a whole. I feel like I have to help all of them. 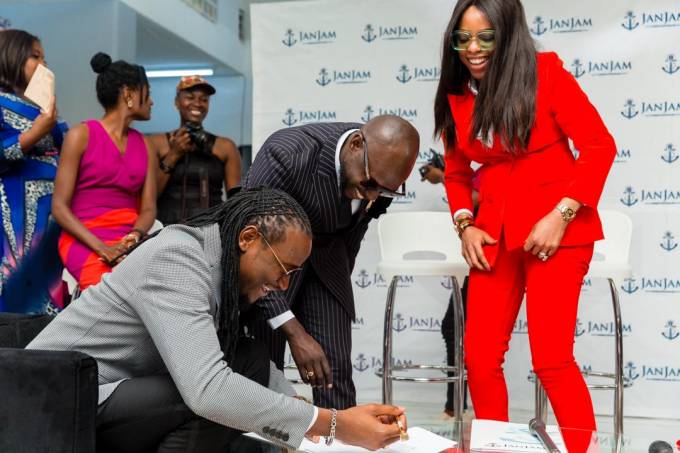 I wish the corporate world could come out in numbers and support these talented people, be they poets, dancers, instrumentalists, singers, sculptors and those guys that do art. I wish I had the resources to see them all look good and live decent lives because that is how it is in other countries.

CB: Everybody knows Jah Prayzah as an exceptional artiste, but through his Military Touch Movement, JP Entertainment and the way he handles his affairs, we discovered an entrepreneur, a leader and a visionary. We feel this is a match made in heaven. We both did not get to where we are through spoon-feeding, we came from nothing and through hard work we achieved something.

His story resonates with ours, we are complementary to each other. I have no doubt that much more will come out of this relationship. But the obvious reason for wanting to work with Jah Prayzah is the hundreds of thousands that follow him on different social media platforms. He can reach to millions with just a few posts. Jan Jam wants to reach to those millions as well, especially through working with someone as professional as him and his team.

MD: What does this partnership actually entail?

CBS: The finer details of the deal are confidential. Both parties — JP Entertainment and Jan Jam — would have to agree to make such information public. But all I can say is that this is a 12-month arrangement that carries massive benefits for the two sides. We have what Jah Prayzah wants and he has what we want. So both our teams thrashed out a deal that left no one complaining. JP’s team is thorough and so are we.

MD: Some have been quick to point out that the prevailing economic environment is not conducive for business. What is your take?

CBS: In 2008 I sold cooking oil, soap and airtime. I operated from Glen View. I would wake up early in the morning to receive things from buses plying the Harare-Johannesburg route every two to three days. Most vendors I distributed airtime to still know me — and they know how far I have come to be where I am today. But this is the same 2008 that most people talk about as one of the most difficult periods in this country’s history, post-independence, yet I made the money that set me up for what I have now during that time. 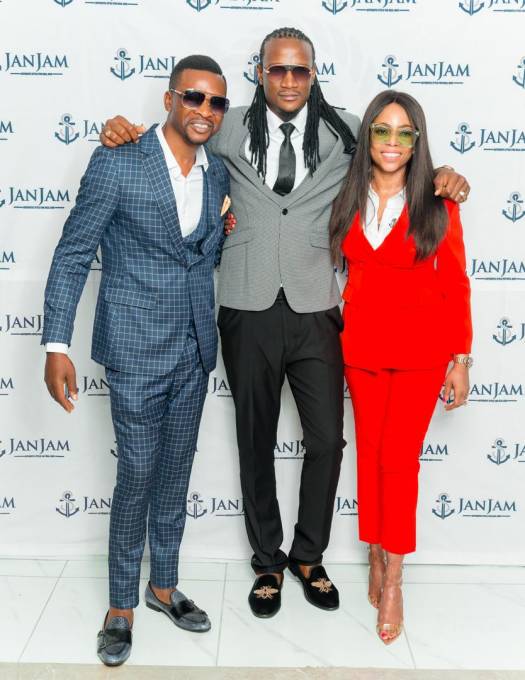 This is the same 2008 that saw the world being hit by a recession and everyone blamed someone or something. Yet corporations, countries and individuals made millions of dollars and created wealth. Yes, things are tough out there but I believe that I have to keep on moving no matter what. At any given time, there are always opportunities for growth, a chance for money to be made or at the very least lessons to be learnt. Either way, we feel that this is the right move.

MD: Where does your drive come from?

CBS: My drive comes from my background. Ndakadya muriwo usina mafuta ndikadzingirwa fees (I ate vegetables without any cooking oil and was sent back home from school because I had outstanding school fees). I don’t want that life for my children. That is where my drive comes from.

MD: Do you consider yourself lucky?

CBS: No, not at all. That’s the misconception that most people have. It is never about luck. This is about one’s work ethic, principles, focus and sacrifice. I have been working hard for a very long time and I still can’t rest on my laurels and say that I have arrived. I traverse the world, I make deals, and I hustle every day. I am a Christian and believe in the teachings of Christianity. Some things come from working hard.

MD: What does the future hold for Jan Jam?

CBS: I’m not a prophetess, but I have a vision, a blueprint that my husband TK (Tanaka Sithole) and I came up with and are still modifying as we go. We have enjoyed some degree of success but we definitely feel that there is still more to be done. We will keep seeking more ways to grow and to provide the best services to our clients.

We also want to reach out to more cities and towns, and other market segments, but we will do this one step at a time, just as we have done previously. We will continue to revolutionise the industry. Who knew that one day we would be signing deals with the likes of Jah Prayzah, or having people make designs especially for us? The future can only be bright, only God willing. The Sunday Mail

Beast’s moment in the sun