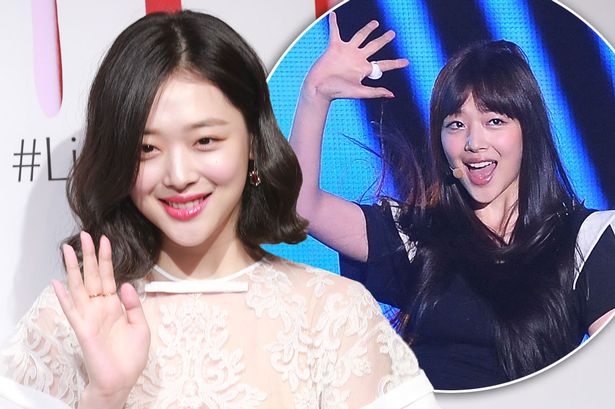 Seoul – Leading South Korean K-pop singer and actress Sulli was found dead in her house south of the capital on Monday in what police said may have been suicide.

The 25-year-old started her career as a child actress in 2005 and later joined a girl group as a teenager, before announcing she was quitting the entertainment industry in 2014.

She said then that she was mentally and physically exhausted after suffering from malicious comments and false rumours online. She formally left her band the following year to resume an acting career.

Last year, she took the rare step of speaking out about her mental health issues, saying she had suffered from panic disorder since she was young and also had social phobia.

If she is found to have taken her own life, it would highlight the huge pressures on K-pop stars exerted by exploitative management companies and demanding fans, and the lack of mental health support.

The star, whose legal name is Choi Jin-ri, was found dead by her agent on Monday afternoon in a two-story house in Seongnam, the Yonhap news agency reported. No suicide note has been found.

“Choi seemed to have lived alone in the house. It seems that she took her own life, but we are also looking into other possibilities,” a police official said.

Sulli consciously challenged the notions on how a female Kpop star should behave, but she suffered massively as a result.

She was viciously attacked online in 2014 after paparazzi photos revealed she was dating an older rapper. K-pop stars usually face pressure not to date because it can disillusion their fans.

She would also often appear without a bra, saying she felt more comfortable without one, something that some Korean women found liberating but others savagely criticised.

In June, she became a co-host of a TV show entitled “The Night of Hate Comments,” in which celebrity guests discussed their reactions to hateful comments, malicious rumors and cyberbullying.

Yonhap said she had suffered criticism and drawn support for what it called her “bold and carefree character.”

“Even close people left me. I was hurt by them and felt there was nobody who understands me, which made me fall apart,” she said in an Instagram video posted last year. The Washington Post